Post Bigg Boss 13, Shehnaz Gill and Paras Chhabra surprised everyone by doing another reality show, Mujhse Shaadi Karoge in which they were seen finding their partners. The show received backlash from many viewers and witnessed a premature end due to low ratings and the Coronavirus outbreak. While Paras chose Aanchal Khurana, Shehnaz left the show without choosing anyone. While talking to ETimes TV, Sana revealed that she took a wrong decision by signing the show. She called the show a big mistake.

The Punjabi singer-actress was quoted as saying, "I feel doing Mujhse Shaadi Karoge was a big mistake. I took a wrong decision and shouldn't have done the show, but when I was signing the contract I did not think much and there were so many things happening in my life at that time. Also, I was very new to these concepts so I did not get into too many details. Later, I realised I was not happy in the show and couldn't connect with any of the boys."

The actress revealed, "Yes, everyone was unhappy when I signed the contract and agreed to do the show. In fact, even I was upset with myself that I said yes to the show and I soon realised it was a big mistake."

It has to be recalled that Sana was often seen talking about her 'best friend', Sidharth Shukla and even confessed that she loves him. May be that's the reason she couldn't connect with the boys on the show. 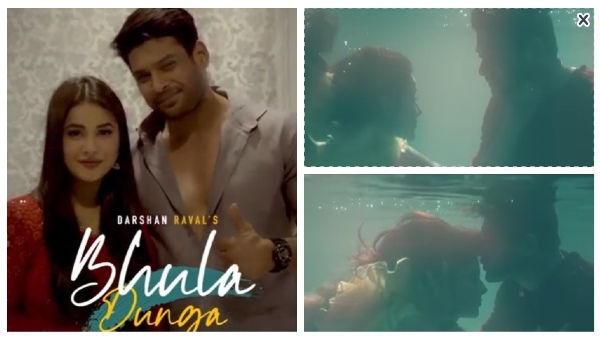