Bigg Boss 13's finalists, Shehnaz Gill and Paras Chhabra will be seen in Colors' new reality show, Mujhse Shaadi Karoge, in which the duo will be seen selecting their partners. The show will be hitting the television screens from today (February 17) at 10.30 PM. While the duo is extremely happy for bagging a new show, their parents, especially Shehnaz's father, Santokh Singh seemed upset with it!

Shehnaz's father was quoted by Desimartini (before Bigg Boss finale) as saying, "If my daughter is forced to do a ‘wedding' based show, I will take Shiv Sena's help. Instead of building an image of Sana that is close to Katrina Kaif, they are trying to build an image of hers like Rakhi Sawant's."

‘This Problem Has Been Created Purposefully’

He further added, "This problem has been created purposefully because they knew, my daughter has a lot of fan following and she is way ahead than the other contenders in Bigg Boss 13 and she has the potential to win the show."

Calling the reality show rigged, he said that the makers released the promo of swayamvar as they wanted the voting for Shehnaaz to stop so that they could make Siddharth Shukla, the winner. He feels that his daughter has done more work and was given just Rs 10 lakh while other contestants who were given Rs 2 crores didn't do anything in the show. He even asked the makers as to how can they fix Sana's swayamvar without consulting them.

Also, as per the entertainment portal's report, Shehnaz is being paid a whopping amount of Rs 1.5 crore for being a part of Mujhse Shaadi Karoge. The report also suggested that if her father is not happy with the offer, the makers will increase the amount to Rs 3 crore! Wow, That's a big number!

Neither Paras Nor Sana Is Getting Married On The Show!

Well, it is being said that the show is only to entertain their fans - Neither Paras nor Sana is getting married on the show! As per a Spotboye report, "There will be seven contestants for Shehnaaz and Paras who will be known faces from the world of Bollywood, TV and social media. It will be a 15-week-long show where all will be locked inside the Bigg Boss house. Another twist is that although this swayamvar will take place on National TV, yet by the end of the show, there won't be any wedding taking place. Shehnaaz and Paras will just choose their partners." 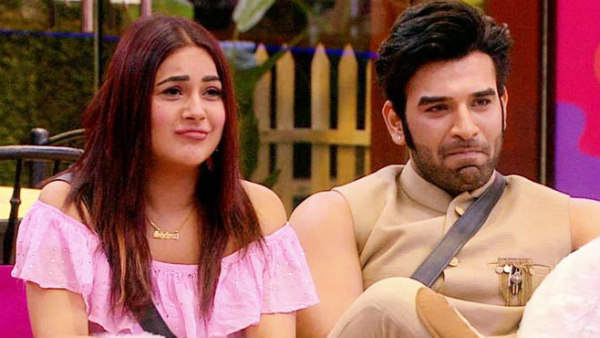 Also Read: Bigg Boss 13's Shehnaz and Paras To Have Swayamvar in Mujhse Shaadi Karoge on Colors! Details inside