Post Bigg Boss 13's humongous success, the channel came up with yet another reality show, Mujhse Shaadi Karoge, that was said to be on the lines of Rakhi Ka Swayamvar. The show, which had Shehnaz Gill and Paras Chhabra, has been in the news ever since its announcement. But, the viewers didn't like the concept of the show, especially they hated their favourite Sana doing such a show and slammed makers and the channel. Yet, the makers went against fans' wish and aired the show. Recently, there were reports that the show will be axed due to low TRPs. But, Paras clarified that he hadn't heard any such news and he will take the show till the end. However, looks like the show will indeed end!

Mujhse Shaadi Karoge To Be Replaced By Ishq Mein Marjawan 2

As per the latest report, the show will go off air on March 27, 2020. It is also being said that it will be replaced by the second season of Ishq Mein Marjawan, that will have Helly Shah in the lead role. As per the report, IMM 2 will premiere from March 23.

MSK To Go Off Air Due To Low TRPs

As the viewers are aware, Sana and Paras are seen looking out for their suitable partners in MSK. The participants of the show are well-known celebrities which includes - Balraj Syal, Rohanpreet Singh, Indeep Bakshi, Mayur Verma, Mayank Agnihotri, Jasleen Matharu, Sanjjanaa Galrani, Heena Panchal, Ankita Shrivastav and Navdeesh Kaur. The makers tried their best to introduce new twists by getting popular celebrities like Manish Paul and Gautam Gulati (hosts), Jay Bhanushali and Mahhi Vij (guests), to impress the audiences. But looks like it's not working as TRPs are declining every week. Hence, the makers decided to shut the show!

Fans Happy With Reports Of MSK Going Off Air

Fans are super happy about the same as they never liked the concept. A user tweeted, "So happy to know finally #MSK is going off air this march 20th. So much relief for #SidNaaz," another viewer tweeted, "#MSK is Going Off Air Soooooooon !! Sana will be out of that TRAP n Will Focus on Her Singing n Acting Career 😎❤️." - (sic) 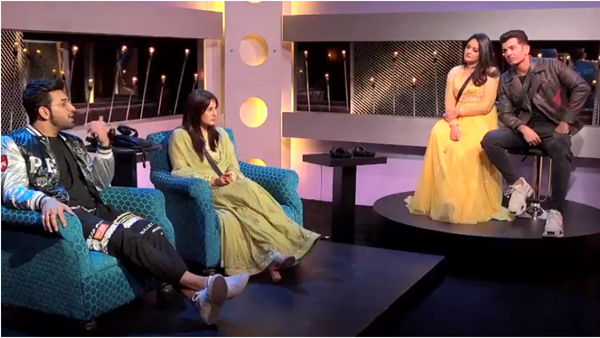 Also Read: Paras Fans Get Into Twitter War With Jay; Mahhi Slams Them For Dragging Daughter Tara In Fight!