The much-awaited list of The Times 20 Most Desirable Men on TV 2019 is out. The list is based on actors' popularity on small screen and an internal jury. Bigg Boss 13 winner Sidharth Shukla has beaten his ex-inmate Asim Riaz, Kasautii Zindagii Kay 2 actor Parth Samthaan, Bepannaah actor Harshad Chopda and topped the list of top 20 Most Desirable Men on television 2019.

In an interview with BT, Sidharth said, "This is news to me that people find me attractive. Wow! Wait, let this sink in (smiles). For me, attraction is way beyond physical appearance. Whoever tops your list, I guess. The Times knows how to rank the best! But, in the current phase, anyone who is able to invent a cure to beat the COVID-19 pandemic will be the most desirable man/woman not only in the country, but in the world."

Parth Samthaan, who attained stardom with his role as Manik Malhotra in Kaisi Yeh Yaariyan and became popular among youth, has grabbed the second spot. The actor is currently seen playing the role of Anurag Basu in Star Plus' popular show Kasautii Zindagii Kay 2.

Harshad Chopda, who made a comeback to television with Bepannaah, has good fan base. The actor is at the eighth place, followed by Madhubala-Ek Ishq Ek Junoon and Shakti-Astitva Ke Ehsaas Ki actor Vivian Dsena and Splitsvilla 12 winner Shrey Mittal. 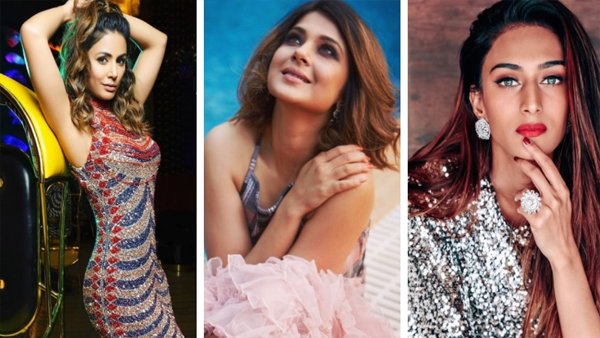