SAB TV's Taarak Mehta Ka Ooltah Chashmah is one of the most-loved, popular and long-running sitcom. The show clocked 12 years yesterday (July 28, 2020) and the team celebrated the special occasion. Dilip Joshi, who plays the role of Jethalal in the show and had recently made his Instagram debut, shared a video, in which he thanked all fans and the entire team for their support.

In the video, he said, "It's been 12 years, with more than 2,950 episodes. God has been really, really kind." With folded hands, he then thanked God and also thanked writer and humourist Taarak Mehta, along with producer Asit Kumarr Modi.

On the other hand, Asit told Mumbai Mirror, "It feels like a dream. When we had started the show back in 2008, our set was a temporary structure and we didn't even know if we were going to make it into the next year. Today, the set and its many properties including Gokuldham Society, Sakharam, Bhide's tuition classes, Gada Electronics, Madhavi's pickles and papad, and needless to say, the characters have become household names. It is also a matter of pride to have achieved such recognition through the show."

"I thank my artists, my directors, my scriptwriters, my crew and the rest of the team who work tirelessly behind the scene and for their unwavering support through all these years. And I cannot thank my viewers enough for the love they have showered us with since the beginning."

As per the report, the entire team celebrated the occasion by cutting a cake by keeping in mind the social distancing norms. Also, a special AV presentation was put together capturing glimpses of the show since 2008 and its evolution over the years. 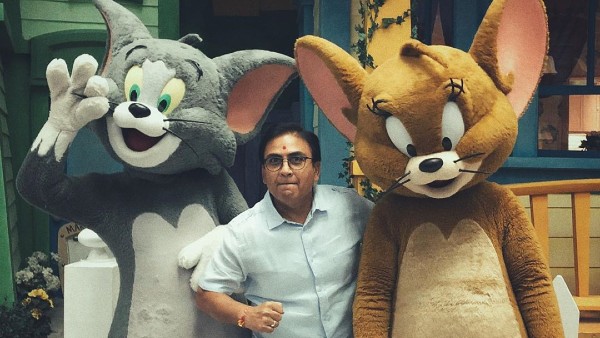