Ghanshyam Nayak, who plays the role of Nattu Kaka in Taarak Mehta Ka Ooltah Chashmah, has apparently been hospitalised for a major surgery. As per reports, the actor has been admitted a couple of days after a lump was detected in his neck. Ghanshyam spoke to Spotboye before surgery and said that he is positive and requests his fans to pray for him.

It has to be recalled that Ghanshyam couldn't resume shoot after lockdown as according to COVID-19 guidelines issued by government, actors or crew members above 65 years old were not allowed to shoot. Although now the ban had been lifted and the actor was called to shoot for Ganpati special episode, Ghanshyam couldn't return to shoot due to health issues. However, the actor is hopeful to return to the show soon.

Regarding his health, Ghanshyam had told Spotboye, "I have been hospitalised since two days now and today (September 7, 2020) at 3 my surgery will take place. A lump was detected in my neck sometime back but it's been increasing and that is making me feel uneasy."

Ghanshyam Requests Fans To Pray For Him

About the surgery, the actor had said, "The surgery is major and will go for 3-4 hours. Post which they will be keeping me in ICU and I will have to spend at least a week here. But I believe in God he will make things easy for me. I am positive and want to request all my fans to pray for me."

The Actor Is Hopeful To Return To The Show Soon

When asked if he is planning to take a break from the show, he said, "You know how desperate I was to get back to the work but unfortunately because of my health I couldn't join the show. My producer Asit Modi had reached out to me for making a comeback during Ganpati special shoot but I had to go for this surgery. So, I requested him to give me a month's time and he agreed to it. In fact, he is the one who told me your health is our priority and also offered financial help. I am sure I will be fine and resume work by Navratri."

We wish the actor a speedy recovery. 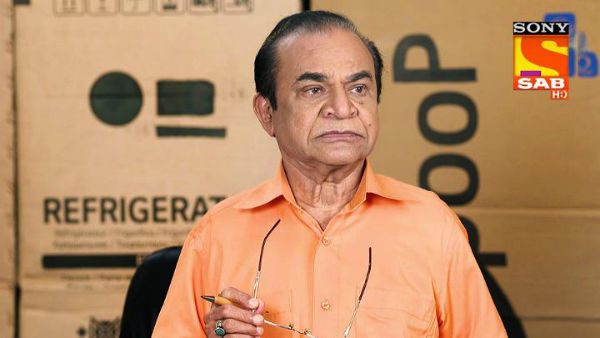