Recently, TikTok star Faisal Shaikh aka Faisu got into trouble after a complaint was filed against him for allegedly violating lockdown rules. The complaint stated that his videos are provoking people to step out. The complaint was filed at the Amboli Police Station and the Cyber Crime Cell on Monday (March 30) by advocate Ali Kashif Khan. Faisu has finally broken his silence and issued an official statement.

In an open statement, Faisu said that the lawyer, Ali Kashif is known to have a dubious reputation and has been defaming him in the media on false allegations of not following the lockdown. He added that some people are spreading false news and feels that it's best not to engage with such people.

On the contrary, the digital influencer is creating videos to spread and promote awareness on #Lockdown #Stayathome and #socialdistancing during the pandemic.

Mr Faisu's statement read, "As a responsible citizen, I have appealed to my audience on #socialdistancing #stayathome and #lockdown through my videos on Tiktok and Instagram platforms. I continue to support the government's initiatives to fight this pandemic. At an unprecedented time like this when the world is putting its efforts towards fighting the deadly Coronavirus, it is the need of the hour that we try to be the best version of ourselves, be more empathetic towards others and use our respective mediums to spread awareness, provide support or keep a light atmosphere." - (sic)

The statement further said, "In a bid to do the same, I posted a video with the hashtag #socialdistancing which was taken out of context by some people. When it was pointed out to me, I deleted the same immediately. However, some people with dubious past and intentions are now spreading false news about me and while I feel it's best not to engage with them, I need to put the record straight for my fans. I will re-iterate that we should all follow the government's direction and stay at home and practice social distancing." - (sic) 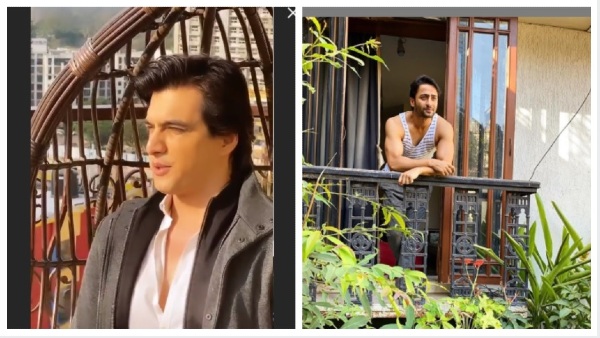