Ever since the return of The Kapil Sharma Show post lockdown, the team, especially Kapil Sharma has been quite active on social media. As the audiences are aware, due to the pandemic, the format of the show is changed- there is no live audience. Also, since there are no theatre releases, film actors are not coming on the show. But a few celebrities from television and other industries have graced the show. Recently, Kapil revealed on his Twitter account that Mahabharat actors will be gracing his show. He also asked fans if they have any questions for the actors. To this, Mahabharat's Bheeshma aka Arav Chowdharry responded by tweeting, "We have not been called 😊."

However, netizens were quick enough to react to Kapil's tweet and requested him to invite Shaheer Sheikh and Saurabh Jain's Mahabharat team. A user tweeted, "Sir please invite Starplus Mahabharat cast too someday🙏❤."

The actor-comedian shared a picture with Mahabharat actor in the backdrop (on television) and wrote, "What's the name of the actor on tv behind? Will like first five correct answers 🤪#timepass #bts #lounge #tkss #thekapilsharmashow #behindthescenes #comedy #fun #laughter #weekend #tv #tvshow."

Kapil & His Team Have Fun

Kapil also shared another picture in which he, Krushna Abhishek, Kiku Sharda and Chandan Prabhakar were seen on a chariot. He captioned the picture, "Couldn't find any caption 🙈 pls help guys 🙏." 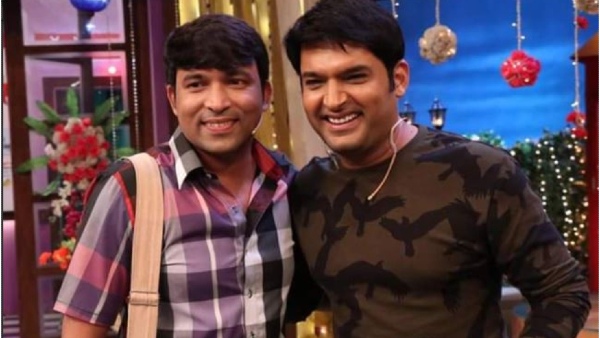 Also Read: The Kapil Sharma Show: Chandan Prabhakar Is Back; Reveals The Reason Behind His Absence 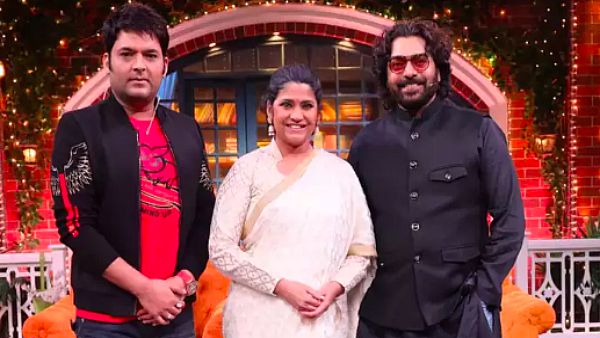