In its sixth week, MTV Nishedh continues with its bold and challenging take on issues that are frowned upon in society. This weekend’s episode aims to uplift the barriers between parents and children, encouraging the idea of open and honest conversations between them.

The story moves ahead with scared Riddhi and Gaurav, trying to visit a gynecologist for Riddhi’s unwanted pregnancy. With the fear of 'log kya kahenge’ and 'samaj me bezzati’, Riddhi is suffering the pain and problems alone while Gaurav is trying to stand strong for both of them. When adverse effects on Riddhi’s health are seen, they finally decide to take Riddhi’s ex-best friend, Aastha’s mother’s help!

Meanwhile, a tiff between Manav and Aastha over the position of a CEO leads the former to take some critical steps. Amidst all the chaos, Avni gets to know about Aastha’s involvement in Venture No. 5. Enraged, she asks Aastha and Chanda to return to Nathdwara.

How will Aastha’s parents react to Riddhi and Gaurav’s situation? What will happen when they learn that Avni has sent Aastha and Chanda back? Will this tiff be an end to Venture No. 5? Will Avni ever forgive Aastha about breaking the rules and lying to her? Are Chanda and Aastha going to be stuck in Nathdwara forever? To get all the answers, tune-in to MTV Nishedh, this Saturday and Sunday at 07:00 PM only on MTV. 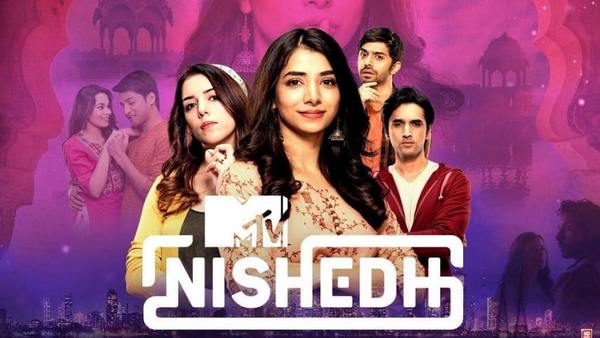 ALSO READ: This Week’s Episode On MTV Nishedh Breaks The Barrier On TB And Unwanted Pregnancy