Yeh Rishta Kya Kehlata Hai and Anupamaa are the two tops shows on Star Plus and also on the TRP Chart. Although Yeh Rishta Kya Kehlata Hai has seen ups and downs, Anupamaa has been ruling the BARC chart since a long time. The makers want to keep the shows on the top slot and are doing their best to keep the viewers hooked. They are now all set to bring new and major twists on both the shows.


For the uninitiated, in YRKKH, Sirat (Shivangi Joshi) is getting closer to the Goenka family. In the latest episode, she was seen supporting Gayu when Riya tried to provoke the family against Gayu. The family is all set to celebrate Holi and Gayu gives matching dresses for Holi dahan to Sirat and Kartik.

On the other hand, in Anupamaa, Anupamaa and Vanraj will get divorced and a new man will enter the former's life. It is being said that the new man is none other than Bade Acche Lagte Hai's Ram Kapoor.

Recently, Rajan Shahi had expressed his wish to rope in Ram Kapoor for Anupamaa. He had said, "I want Ram Kapoor to play the part." 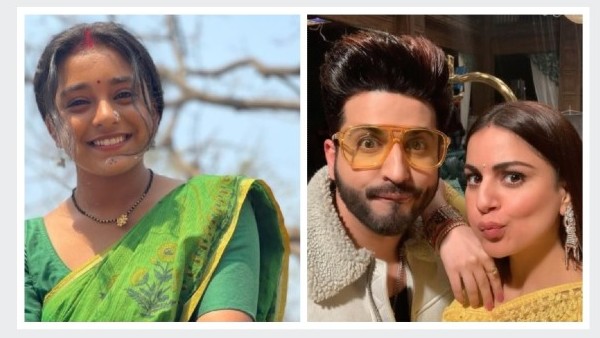 Also Read: Ankita Lokhande Reveals She Gave Up On Big Films & Wanted To Marry Sushant; Realised Her Value After Break-Up