The December 3 episode of Bigg Boss 15 begins with Rakhi Sawant and other VIP members making the non-VIPs fight in the sword making task. They eventually end up destroying each other's clay formation. Shamita Shetty taunts Rakhi and says that the task wasn't about making good swords but about fighting with each other.

Devoleena Bhattacharjee, on the other hand, is irked with Tejasswi Prakash as she refuses to fight with the housemates. Devoleena ends up saying 'itna ghamand acha nahi' to Tejasswi. In the end, VIPs feel that Rajiv Adatia played a good game. As a result, he gets immunity and Rs 3 lakh in non-VIPs vault.

Meanwhile, Karan Kundrra and Pratik Sehajpal get into a physical altercation after the latter accuses Karan of kicking him while protecting their swords. The aforementioned task also results in a tussle between Devoleena and Shamita. Their fight later takes an ugly turn as they get physical and had to be stopped by the other housemates. Devoleena continues to shout at Shamita and the latter faints in Karan's arms. 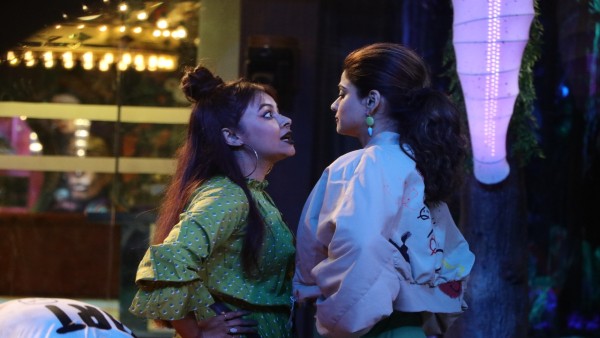 Later, the VIPs pick Nishant for immunity and was asked to say it to the camera that he won’t be dancing for 1 year to earn the prize money. Nishant refuses to make that sacrifice and states that dance is an integral part of his life and he earns a living out of it. In the meantime, Pratik warns Karan that he will rip his head off if he once again gets physical with him. He gets extremely emotional and says that Karan disgraces him as his mentor from their previous show whilst venting out his disappointment in Kundrra.

This is followed by Devoleena and Rashami Desai slamming Shamita for her classy attitude and crass language. In the meantime, while Pratik accuses Karan of kicking him with his knee during the task, Tejasswi in turn accuses Pratik of touching girls inappropriately in her attempt to defend Karan. 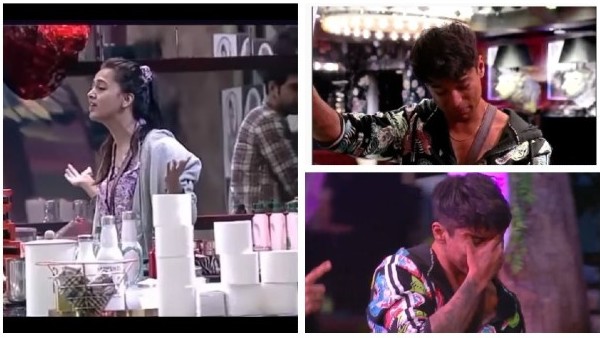 Since Nishant and Rajiv won the BB Games task, they are now safe from elimination while Shamita, Tejasswi, Karan, Pratik and Umar Riaz are still in danger zone. . Later, Nishant cries inconsolably in the garden area on account of everything that transpired during the game. Karan tries to console him.