Ahead of entering the show, Devoleena Bhattacharjee recently had a candid interaction with ETimes TV, in which the TV actress said that she is entering the house as a rival. She said, "I had never imagined that I would become such an important part of Bigg Boss. So, I feel happy and fortunate. It is good to be made to feel special. Main sab kuchh kar chuki hoon, I just need the trophy now. I am entering as a rival. I can't say no to Bigg Boss (BB). The show is very close to my heart and I feel blessed to have got an opportunity to be a part of BB again."

Let us tell you, Devoleena Bhattacharjee had entered the Bigg Boss 15 house as a guest. Notably, she had a verbal spat with Shamita Shetty and Vishal Kotian inside the house. When asked about Vishal, she said, "Of course, I was angry and upset with what Vishal said about me. If he had said it to my face, I would have given him a befitting reply. Mera gussa tab tak thanda nahi hota jab tak main react nahi kar leti. He claims to be the maha gyaani inside the house par sabse zyada bewakoof wohi lag rahe hain ghar mein. He doesn't even know how to treat a guest. They come to guide you in your game. If you are insulting a guest on BB, it means that you must be doing it in real life as well, as the show is all about bringing out your true personality. He is someone who hasn't valued relationships he has forged on the show, be it with his friends or sister (Shamita). Unn hi ki buraayi karte ho aur dhokha dete ho. Agar game pehle hai rishte baad mein toh aapko rishte banaane hi nahi chahiye the, baahar jaakar rishte banaao. It shows that he is not honest in his relationships and won't bat an eyelid before sacrificing it to forge ahead in the game. I don't like such people."

Devoleena further stated that Shamita Shetty is getting the same treatment from the housemates which she gives to them. The Saath Nibhaana Saathiya actress feels that she has been disrespecting other housemates on several occasions. The actress also revealed she won't be getting along with Vishal and Shamita. 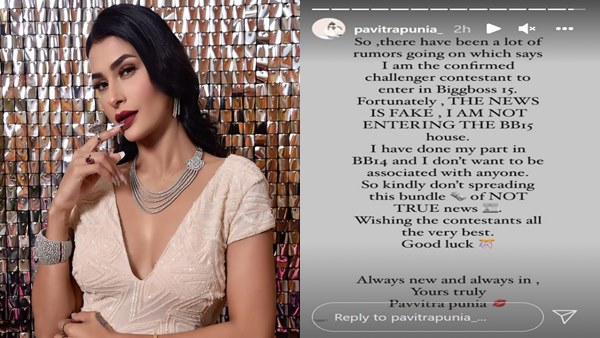 Talking about Devoleena Bhattacharjee, she had entered the Bigg Boss 14 house as a proxy of Eijaz Khan. She had created a lot of created ruckuses inside the house. Now, it would be interesting to see her performance in the Bigg Boss 15 house.