Recently, in Bigg Boss 15 Donal Bisht and Vidhi Pandya got eliminated in a shocking mid-week eviction. Netizens were disappointed and called it unfair eviction. Donal, of course, is disappointed with her eviction, but is happy that she got so much love from fans, which she never expected.

In an interview with TOI, the actress not only opened up about her elimination, she also expressed her views on other contestants. Donal was disappointed with Vishal Kotian and Afsana Khan. She also called both Vishal and Tejasswi manipulative and toxic and Shamita Shetty a cold-hearted person.


She said that she wasn't sure about how she was shown on the show and how people would react, but when she came out, she got to know that everyone loved her and felt she was a lone warrior.

Also, she was upset with Karan Kundrra and Afsana Khan took her name for eviction. She was hurt as Afsana had told her that she would take Vidhi and Simba's name but when everyone else took her name, she just followed the herd mentality, which hurt her. However, Donal added that Afsana promised her that she is going to take her revenge with the housemates.

Donal also added that housemates tried to brainwash her against Afsana and stated that she will be seen in a bad light if she was with her, but she followed her heart, because of which they started bycotting her and behaving rudely with her.

The Dil Toh Happy Hai Ji actress added, "Later they got to know that I am not one of those who have come in the show to follow people. They couldn't digest the fact that I was doing what I wanted to do and was not following the herd mentality. So they plotted and ousted me. They knew that the audience would never vote me out so they decided to evict me."

About Vishal and Tejasswi, she said, "Clearly, Vishal Kotian and Tejasswi Prakash are very manipulative people. They are playing a very bad game. They are doing everything for the cameras, they know where the cameras are and what should be done to be in the show. They even tried to tell me to do this for the camera. When I was crying they were telling me this will go on camera whereas I was genuinely crying and not doing it for the cameras. They are very manipulative, they tried to manipulate me also, but I just followed my heart. Vishal is very toxic and manipulative. He tells something on someone's face and something else in their absence. I called him a brother but he would still bad mouth me. He would boast to others that he has brainwashed me but he didn't know that I am not the one to get manipulated." 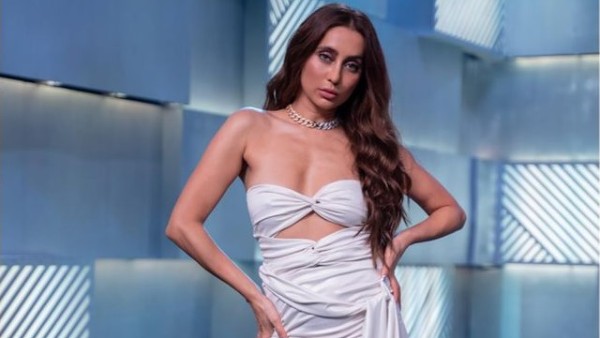 Bigg Boss 15: Afsana Khan's Fiance Reacts To Salman Reprimanding Her; Feels These 2 Can Backstab Her

She further added that no one is genuine in the house and all are playing games. About Shamita, Donal said, "I remember when I had hurt my hand, I wanted an ice pack and when I asked her she refused saying that is her persona she can't give. She asked me to tell Bigg Boss to give and I had already asked but it was taking time to come. Even when Afsana was hurt I asked for help she refused saying, 'you go and take'. So this makes me think what kind of human she is? When someone is injured how can you behave inhuman? She is a very bad human and cold-hearted."