Bigg Boss 15, the highly anticipated show hosted by Salman Khan is airing its premiere episode today (October 2, 2021) at 9.30 pm on Colors TV. The much-awaited 15th season of Bigg Boss is expected to bring some exciting surprises for the viewers. Salman Khan, with his ever-fabulous hosting, will be introducing all-new celebrity contestants who will make their grand entries into the much-talked-about jungle-themed house.

Here are the Live Updates of the Bigg Boss 15 Premiere Episode!

# Jay Bhanushali becomes the first contestant to enter the Bigg Boss 15 house. The actor is joined by Salman inside the house.

# Salman welcomes the audience to the season and we get to the 16 contestants of BB 15 give a sizzling dance performance on a medley of songs. However, their faces are not fully revealed to the audience.

# This is followed by Salman welcomes special guest Big G, who will be introducing the remaining contestants of the show. Vishal Kotian becomes the second contestant of Bigg Boss Season 15. Salman introduces 'awesome mirror’ to him and states that it shows people what they truly are. The mirror calls Vishal the 'elephant' of the jungle. 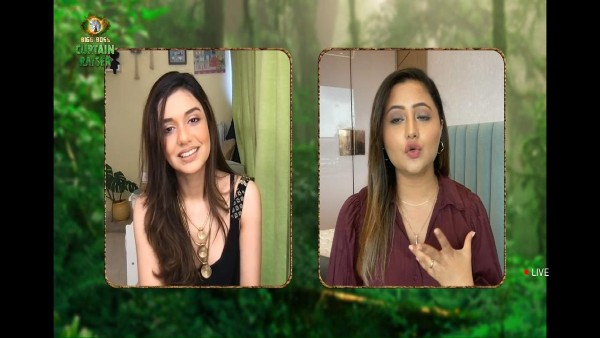 # Tejasswi Prakash becomes the third contestant and we see the actress tell Salman that she is here to show her personality and is hungry to win the show. She also opens up about not being able to win Khatron Ke Khiladi 10 and how she isn't over it. Awesome mirror calls her the 'Popat' (parrot) of the jungle.

# Soon, Tejasswi and Vishal are pitted against each other in a task where they have to identify vegetables whilst being blindfolded. Meanwhile, 'Vishwasuntree,' who is voiced by Bollywood actress Rekha, interacts with Jay Bhanushali and quizzes him about his experience.

# This is followed by Tejasswi and Jay meeting each other inside the house. Tejasswi is shocked to see that the toilets have been locked. Jay informs her that she has to live in the jungle and cannot enter the house. Next, Vishal Kotian makes his entry into the jungle-house via a different route. 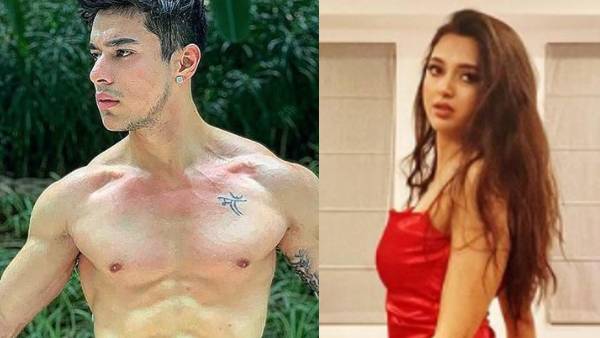 # Vidhi Pandya becomes the fourth contestant of the season and the 24-year old gets named as the 'panda' of the house.

# Simba Nagpal is the fifth contestant to enter the show and he expresses his desire of being the 'lion' of the house. Salman soon gives a small task to Simba and Vidhi to win some basic house amenities.

# Salman introduces the next contestant, Umar Riaz, who is Bigg Boss 13's first runner-up Asim Riaz' brother. Umar opens up about his wish of always being in showbiz on stage. Asim joins his brother to support him and greets Salman with a warm hug.

# Next, Donal Bisht enters the show and says that she is mentally strong and has a good heart. We also get to see Ieshaan Sehgaal enter the BB 15 house. The contestant calls himself an opinionated individual and shares that he always wanted to meet Salman Khan.

# Soon, the host pits Umar and Ieshaan against each other in a task. The duo gets into a fight and Donal decides to give the survival kit to Ieshaan. Later, Donal and Ieshaan are taken to the jungle house in a jeep.

#After all the contestants enter the jungle-house, Ranveer Singh surprises Salman on stage and adds that he has also joined the Colors family by hosting the show, The Big Picture. The premiere episode will now continue tomorrow.