It's time for yet another Weekend Ka Vaar. This week too many things happened, Bigg Boss had introduced big twists, which left Junglewasis in a complete frenzy. Bigg Boss 15 host Salman Khan will be reviewing this week's episode and will be giving feedback about the same.

As per the latest promo, Salman will be lashing out at Karan Kundrra for getting violent with Pratik Sehajpal. It has to be recalled that Karan had pinned Pratik to the ground during one of the tasks and many slammed Karan for the same. When Salman asked Pratik about the same, the latter said that he was hurt with Karan's behaviour. He said, "Karan Kundra, jinko maine itna samjha hai meri life mein, unhone mujhe patka toh main gussa nahi tha, main hurt tha."


Salman tells Karan, "Ek din aapko bhi koi uthaake patkega!" Realising what he has done to Pratik, Karan breaks down and confesses that he didn't expect Pratik, who matters to him, to go against him in the task.

Later, Salman takes Jay to task and enquires his intent to refuse to face the prize money deduction. The Tiger 3 actor asked him, "Aapke usool, aapke adarsh... Itna image bachane wala stand lene ki kya zarurat thi?" To this, Jay replies that he felt it like gamble. The host explains that Jay could have made a more significant impact and saved a bulk of money by simply playing the game. He advises Jay to leave fear, else this fear itself will destroy him.


Taking ahead the tradition, Umar and Simba will be seen fighting at 'Sultani Akhada'. Simba starts feeling the heat as Umar overpowers him but succeeds in fighting back after Salman and other housemates cheer for him. Viewers will get to watch a new side of Simba in this fight as the housemates cheer for him; the two boys give a tough fight, making the fight an intense watch. 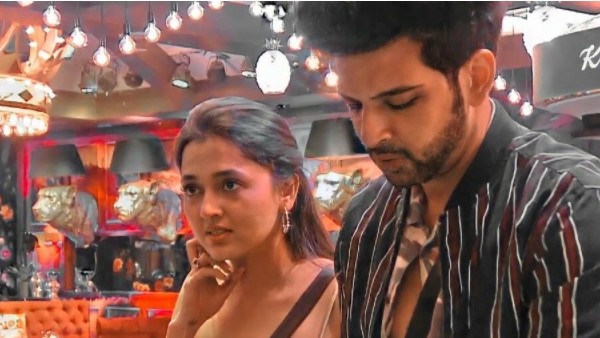 Bigg Boss 15: Karan Kundrra Is In Relationship With His Former Co-Star? Are His Feelings For Tejasswi Fake? 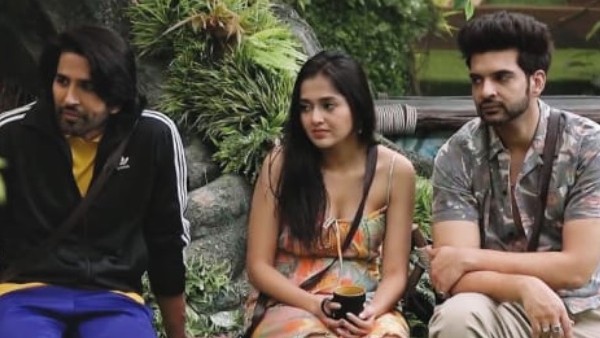 Meanwhile, ex-Bigg Boss contestant Hina Khan will be seen raising both the entertainment and glamour quotient. She will introduce some fun task. In one of the tasks, men can be seen screaming in pain after getting their legs waxed! Later, Ieshaan and Meisha will be seen turning up the heat with their chemistry in a romantic dance performance, and so does Karan and Nishant, which leaves Hina in splits!

Salman also introduces to the first wild card entrant Rajiv Adatia, who will soon be entering the Bigg Boss 15 house.