The September 5 episode of Bigg Boss OTT begins with host Karan Johar welcoming the viewers to the Sunday Ka Vaar episode. The filmmaker then shows us all that took place in the BB house. This is followed by the audience members asking some tough questions to the contestants especially Akshara Singh for her comments on Neha Bhasin.

KJo also grilled Milind Gaba and Akshara because of the comments they made on Neha about her 'feeling bodies’ during task. Pratik Sehejpal also jumps in and accuses Akshara of defaming her and they get into a big argument. Meanwhile, Divya Agarwal confesses that she feels lost in the game after her connection Zeeshan Khan was booted out of the show. Nishant Bhat, in the meantime, makes fun of Pratik and Neha's connection and calls it 'pakau.’ 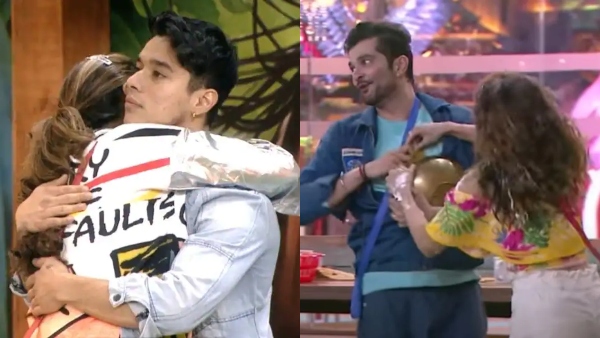 Soon, Karan Johar asks who agrees that they have a GF in the house. The housemates get busy figuring if Kjo was referring to 'girlfriend' and Shamita Shetty and Raqesh Bapat put their hands up cutely. However, the filmmaker cleared that he meant GF, as in 'Galat Femii' and that all the contestants have to now play the balloon task. Pratik says he didn't like that his connection Neha doubted him after whatever Akshara told her. There was doubt and hence he burst her balloon of 'Galat Femii.' 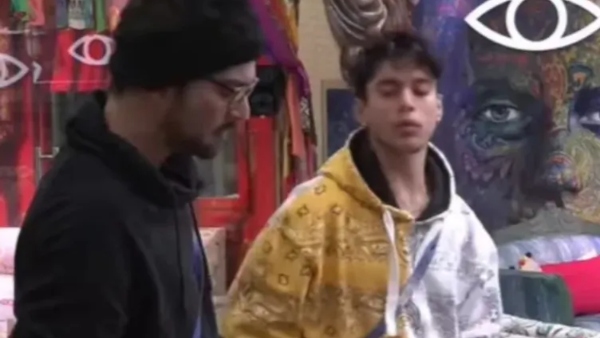 Later, Ronit Roy and Richa Chadha interact with the contestants as they join Karan on the BB stage to promote their web series, Candy. The Sunday Ka Vaar ended on shocking note as Karan Johar announced that there would be not one but TWO eliminations this week. The filmmaker announces that Millind Gaba is eliminated. This is followed by him announcing that Akshara Singh is also eliminated. Both Akshara and Millind, who also were a connection get evicted basis the audience votes.

After the evictions, Rubina Dilaik and Nikki Tamboli grace the show as special guests. The duo also enters the house to be with the contestants and to conduct some fun games and interesting tasks.