In a shocking turn of events, Zeeshan Khan was thrown out of the Bigg Boss OTT house today for getting into a physical fight with co-contestant Pratik Sehejpal. The actor was embroiled in a huge fight with Pratik and Nishant Bhat during a task. However, things quickly escalated between Pratik and Zeeshan, resulting in the latter’s eviction from the show.

Post his ouster, the Kumkum Bhagya actor took to his Instagram to share pictures of injury marks and bruises all over his body. Zeeshan had reportedly sustained injuries after the brawl with Pratik earlier in the day. He shared the pics with a folded hand emoji as his caption. Check out the post below: 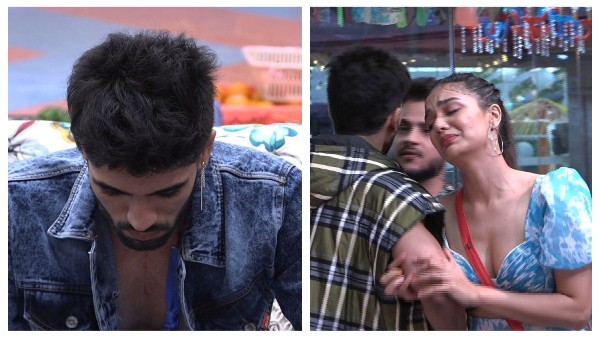 Bigg Boss OTT: Zeeshan Khan Gets Eliminated From The House For Getting Physical With Pratik Sehejpal 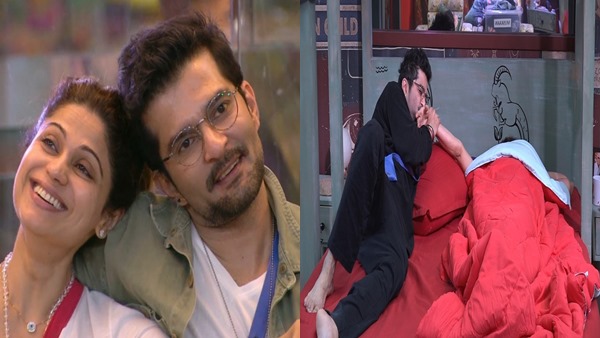 As soon as the actor was booted out of the show, fans took to social media to vent out their anger against Bigg Boss’ decision to evict Zeeshan. They call it an unfair decision and were of the opinion that it was Pratik who pushed Zeeshan first. On the other hand, some other viewers questioned Bigg Boss' intentions whilst recalling the fact that when Sidharth Shukla pushed Asim Riaz, he wasn't asked to leave. Take a look at the tweets below:

Sidharth Shukla has pushed #AsimRiaz much much harder but he escaped

#ZeeshanKhan evicted blindfoldedly by #bigboss that he broke a rule,
Guys, Makers are trying their level best to break D's heart and to put her alone🥺 She is crying.....#DivyaAgarwal #WeStandByDivya #QueenAgarwal

#BiggBoss is definitely biased towards #PratikSehajpal

They conveniently forgot all the physical pushes by Pratik and was waiting to #ZeeshanKhan retaliate so that they can evict him.

Meanwhile, a few other viewers noted that Divya Agarwal had instigated Zeeshan to rile up Pratik in the task, but it ended up backfiring on Divya and Zeeshan. Some other fans sided with Pratik on the matter whilst tweeting about his emotional breakdown, later in the day in front of his ex-connection Akshara Singh. Take a look!

Ppl saying it was unfair eviction
Look at this
The way he is pushing constantly not even once like constantly is vry dangerous. he can harm anyone seriously, Pratik didn't go to that level or physical violence ever #BiggBossOTT #PratikSehajpal #Zeeshan pic.twitter.com/pf3lGTkDOS

Crying is how your heart speaks
When your lips can't explain the pain you feel !!!#PratikSehajpal #Aksharasingh