Divyanka Tripathi, who will be a part of Khatron Ke Khiladi 11, was recently seen leaving for Cape Town, South Africa. Her actor-husband Vivek Dahiya was spotted with her as he came to drop her off at the airport. In an interview with TOI, Divyanka revealed how Vivek and her family are worried about her safety. She also revealed that although she is excited to be a part of the show, she is nervous travelling during the pandemic. She said that the stunt-based reality show will give her a chance to pursue her passion- which is adventure.

The Yeh Hai Mohabbatein actress revealed that staying away from Vivek is the toughest part for her, but said that he has been very supportive. Divyanka added that she has been telling Vivek to go to his hometown for sometime as she doesn't know how he will stay alone at home in Mumbai and also realised that he is worried about her being far away. She further added that he kept asking her if she has packed everything and kept checking things. 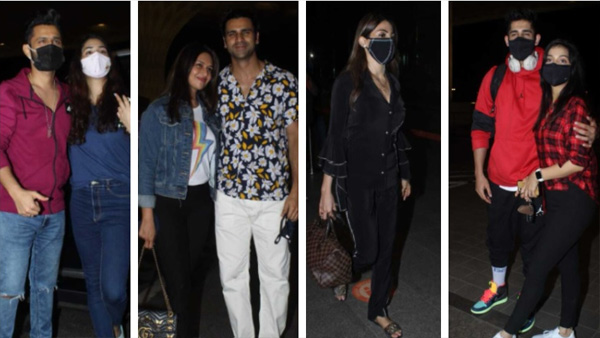 About her preparations for the show, Divyanka said, "Thanks to the lockdown last year and the few injuries I've had, I haven't been in the best shape physically. But in the last 15 days or so, I've worked hard on my fitness, and thanks to my trainer, I've been able to achieve a lot in terms of fitness. I had a ligament tear because of which I wasn't able to do my work out or any other exercise. Thanks to my training over the last few days, I feel better now. Also, I don't know how to swim. So I spoke to a friend who has a private pool and I've been going to her place just to get used to being in water. I've worked hard, and I hope that helps. Also, I was a NCC cadet and have that discipline in my life, which I think gives me a lot of strength and confidence."

She further added, "I was into mountaineering and other adventure sports, but after I came to Mumbai, work has been crazy and I could not pursue them. I think I've got the opportunity at the right time, and it'll give me a chance to pursue my passion. Also, I think doing this show will be a healthy distraction from the mental stress and exhaustion that we are facing due to the pandemic." 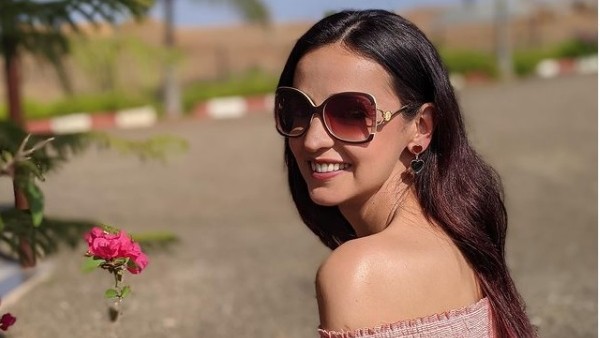 The duo also shared emotional parting note. Vivek shared a few adorable pictures and wrote, "Ever since, I was dreading tonight when I would have to see you off at the airport and return to an empty house (which is home only when you're around); where every tiny thing would reminds me of you." The actor also cheered, praised and wished that she 'conquers her fears and bask in the glory of victory'.