Last Weekend Ka Vaar episode of Bigg Boss 14 was indeed interesting for the viewers. For the unversed, the makers had conducted a press conference with the housemates, in which the contestants answered some controversial questions asked by the journalists. While many of them showed their different sides of personalities during the Q&A session, Eijaz Khan came across as the most arrogant one amongst all.


While promoting his clip, the makers also tagged him on Twitter and wrote, "Eijaz Khan ke arrogant answers se press huyi khafa!" Well, this tweet didn't go down well with Eijaz Khan, who is temporarily out of the house to fulfil his prior commitments. The actor recently reacted to the same on Twitter.

Eijaz wrote, "If you call him a lion then let the lion roar! It wasn't arrogant, it was just giving it back and putting a point across firmly and strongly! If you try to put him in a bad light, he is still gonna shine, he is a pure gold! #EijazKhan #TeamEijaz." (sic) Notably, he used the hashtag #TeamEijaz, which means the tweet has been written by a third person from the actor's team.

For the unversed, during the interaction with media, Eijaz appeared through video call and got miffed with media for calling him arrogant. He even called Pavitra Punia in the video and revealed that he is very much serious about her. For the unversed, Pavitra had visited the Bigg Boss 14 house during family week and confessed her love to Eijaz.

Also Read : Bigg Boss 14: Eijaz Khan Reveals His Father's Reaction When He Told Him About His Love For Pavitra Punia
Currently, Devoleena Bhattacharjee is staying inside the house as Eijaz Khan's proxy. If reports are to be believed, Eijaz might re-enter the house soon. Let's wait for his grand re-entry. 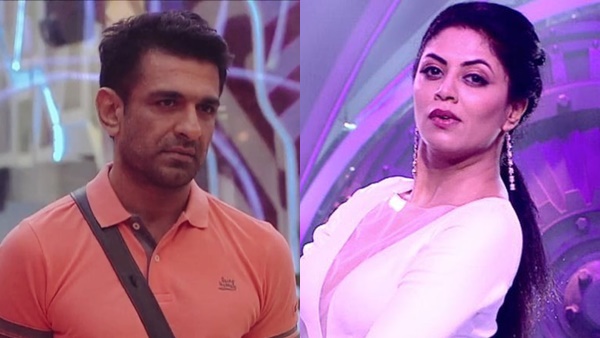