Yet another heartbreaking news for TV viewers! Zee TV's show Apna Time Bhi Aayega is going off-air soon. The last episode of the show will reportedly be telecast on October 15, 2021. Ever since the news came out, fans started showing their displeasure over the same.

Amidst all, Filmibeat recently contacted Apna Time Bhi Aayega's antagonist Samaksh Sudi for confirmation. And guess what, he confirmed the development and revealed that the last day of the shoot is today (October 8, 2021). Samaksh, who is playing the role of Jai Singh Shekhawat, told us, "Yes, the news is true. The show is going off-air. 8th October is our last day of the shoot. All good things come to an end. It's been a great journey. One of the best teams, I've worked with. From director to DOP, from makeup man to spot boy, everyone is so dedicated towards their work. You rarely get a chance to work with such a team. I am glad to be a part of Apna Time Bhi Aayega. A big thank you to the producer and production team to believe in me."

While speaking about his character Jai Singh in Apna Time Bhi Aayega, Samaksh Sudi said, "Jai Singh isn't rowdy. He is classy yet cheap, rich yet miser. He is one of a kind. There is a saying, "kuttey ki dum kabhi seedhi nahin hoti". That goes perfectly well for Jai Singh. I gave nuisance to the character, but the writer made sure, this character gets immense hatred from people for his deeds. But the way he does all those mischiefs, he looks funny and there he gets immense love from the audience. I guess Jai Singh is the first funny villain of television. That's what I have got to know from fans."

Samaksh Sudi also said that he and his character Jay share a lot of similarities. The actor said, "I'm sarcastic, funny, witty, spontaneous and so is Jai Singh. Except this, I always say, I would never want to meet a person like Jai Singh. He will sell you in seconds and you won't even come to know that." 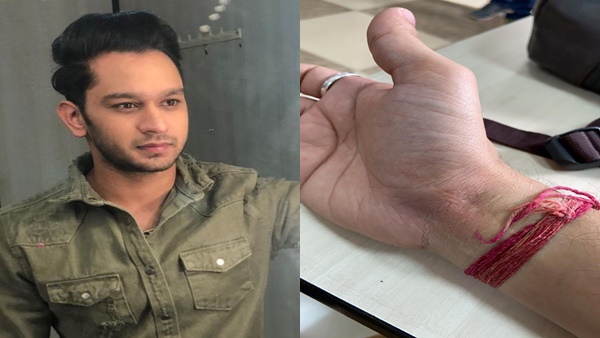