A week ago, Mukesh Khanna had dismissed the rumours of his death and had shared a video in which he clarified that he is perfectly alright. He had also slammed people who spread rumours about him online. The Shaktimaan actor yet again took to his Instagram account to slam people who spread false news of his death and has also warned of police action.


The actor captioned the post in Hindi and said, "Who spread the false news of my death! I was silent for seven days as I was mourning my sister's demise, I am breaking my silence today, and I am asking the first question to the person or people who spread the false news of my death on social media. Do you have parents, siblings and grandparents in your house? If any of yours' false news spread in such a way, then how angry your family members and well-wishers will feel. Do you have any idea? Some weak-hearted people can get shocked. Do you have a conscience or not? Is there even a little feeling of sensitivity in you or not? If it were, you would never do such abusive acts. That too, when we wish for each other to be healthy and have a long life."

He further added, "Before this, you have posted such false news about many actors. What do you get out of this? Some views on your social media account! What a poor thought you guys have. I will expose your people and you will have to bear the brunt of it. I have expressed my thoughts and anguish in this video of mine. Look and do not forward such rumours, without knowing the truth." 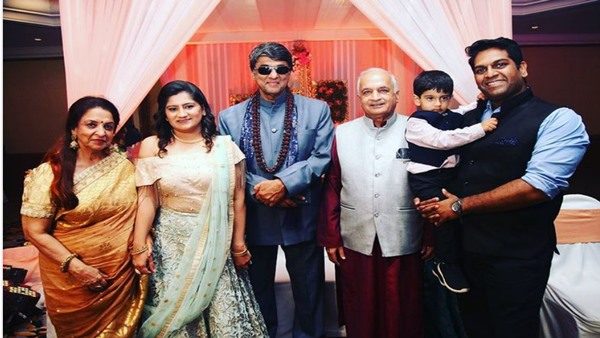 It has to be recalled that soon after his death rumours, Mukesh Khanna lost his elder sister to lung congestion. The Mahabharat actor had revealed in his post on Instagram that his sister had won over COVID-19 in 12 days but succumbed to lung congestion.