Parth Samthaan, who became popular with the show Kaisi Yeh Yaariyan, impressed fans by playing the iconic role of Anurag Basu in reboot version of Kasautii Zindagii Kay- Kasautii Zindagii Kay 2. His new web series Main Hero Boll Raha Hun was released recently and his fans can't stop praising him. Recently, Parth spoke about his struggling days and revealed that he didn't have a house to stay and had to sleep on Marine drive in his car for a day.

He was quoted by IANS as saying, "I had to struggle but these are memories I would always cherish. There was a time when I didn't have a house to stay. I slept on Marine drive for the night in my car. I took that as an experience I could cherish."


Parth also revealed that he was extremely shy at the beginning of his career, which is why he decided to do theatre. He said, "I have done theatre. I believed in learning the craft. I did a course from an acting institute too, to open up. I was an introvert. Today, I can face the camera with confidence and act in front of a lot of people. It has given me that kind of exposure." 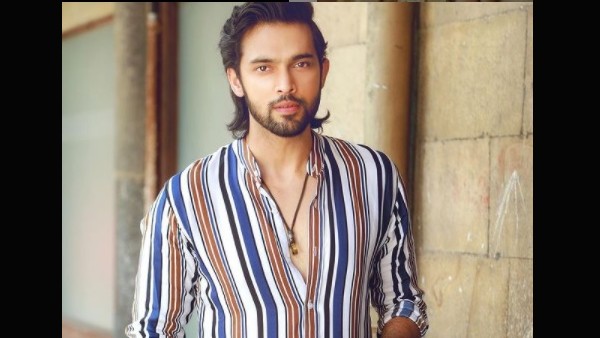 Also Read: Parth Samthaan Opens Up On Being Accused Of Flouting COVID-19 Rules: There Was A Hell Lot Of Confusion

People have seen Parth as a lover boy in his previous shows and now, in this show MHBRH, he will play a don! About the same, he said that people have been watching crime-based shows a lot and have been influenced by so many web shows portraying the prison world. Parth added that it was different for him to play one of these characters (the actor plays the role of Nawab, Bombay's most powerful don in MHBRH) and it was quite a breakthrough.

Also Read: Parth Samthaan Wraps Up Main Hero Bol Raha Hoon Shoot; Thanks Ekta Kapoor For Believing In Him
Did you like Parth In MHBRH? Hit the comment box to share your views.