Rahul Vaidya and Disha Parmar got married on July 16, 2021 in Mumbai as per Hindu customs. Several celebs from the TV and music industry attended their reception post-wedding. Pictures and videos of the Dishul wedding went viral on social media. And now, the couple recently performed Satyanarayan puja at home after marriage.

In the above pictures, Rahul Vaidya can be seen donning an off-white kurta and yellow pitambar (dhoti). On the other hand, Disha Parmar is looking very beautiful in the Maharashtrian look. She is seen wearing a pink saree with a golden border and blouse. Notably, a traditional nath is giving a perfect touch her Maharashtrian look. Interestingly, the couple is winning hearts on the internet.

In one of the pictures, Rahul and Disha can be seen performing aarti along with their family members. They are indeed looking amazing together. A day ago, video of Disha Parmar's griha pravesh had gone viral on social media. She was looking elegant in a red salwar-kameez. Moreover, the Vaidya family welcomed the new bride by showering flowers on her. 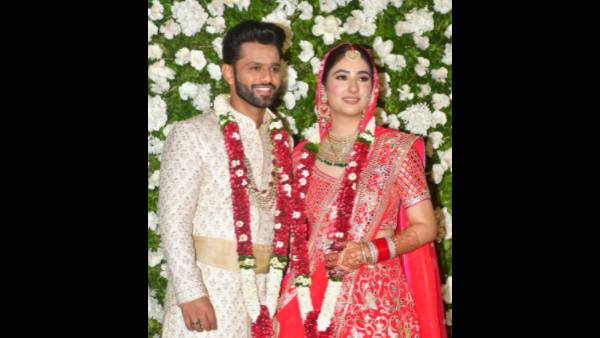 Talking about Rahul Vaidya and Disha Parmar's love story, the singer proposed to the actress on national television. After almost two months, Disha gave a surprise visit to the Bigg Boss 14 house on the occasion of Valentine's Day. She accepted his proposal and decided to get married to Rahul and after waiting for almost 4 months, the couple tied the knot this month. 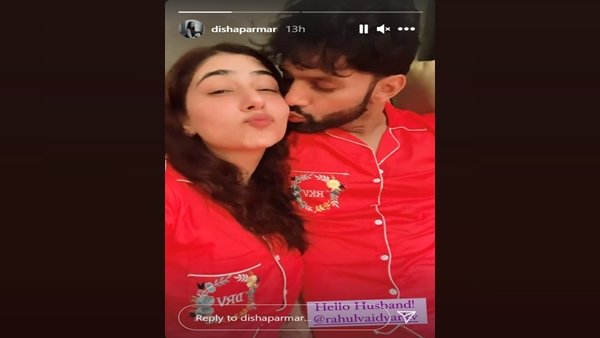 Disha Parmar Gets A Peck On Her Cheek From Hubby Rahul Vaidya; Actress Shares Sweet Moment After Wedding

On the professional front, Disha Parmar is currently staying away from showbiz. Rahul Vaidya is currently seen in Khatron Ke Khiladi 11, hosted by Rohit Shetty.