Rakhi Sawant's husband Ritesh's participation in Bigg Boss 15 grabbed eyeballs. Many had doubts if he was really Rakhi's husband or doing drama again. Also, post his participation in the house, a picture with his wife Snigdha Priya and son went viral on social media. Snigdha in her interviews to several media portals revealed that she had filed a case of domestic violence against him in April 2017. She also said that he is not an NRI. Now that Ritesh is out of Bigg Boss 15 house, he has reacted to her allegations.

Regarding Snigdha's domestic violence claims he said that they aren't true and revealed that she had eloped twice. He called himself a victim and said that he had been tight-lipped for the sake of his child.


Ritesh confirmed that he is still married as they are not divorced yet, he said, "People, who think that I am morally wrong need to listen to my side of the story, too. Just because a woman has levelled allegations against a man, it doesn't mean he ought to be wrong. I have been tight-lipped because I was not in a state to talk about my personal life. I was also quiet for the sake of my child. Isne meri life kharaab kar dee hai par main apne bachche ki nahi karna chahta. I am the victim, who is being questioned throughout. As far as Rakhi is concerned, we have not had a formal wedding or a court marriage. Humne ishwar ko sakshi maan kar apne relationship ko aagey badhaaya hai."

Regarding Snigdha's domestic violence allegations on him, he said, "Her accusation of domestic violence against me is false. Snigdha had eloped not once but twice with another man during our marriage. I got a complaint registered as I didn't know her whereabouts and eventually asked her for a divorce. She projected me as a violent man who would hit her every day. If I am so bad, then why hasn't she agreed to give me a divorce? Why did she suddenly show up and start talking about me when I was inside the BB house? The intention was to defame and trouble me. Also, how does it concern her whether I am an NRI or do a menial job? If her claims were true, would Rakhi live with me? I have always said that I am from Bihar and currently living in Belgium. Snigdha Priya's sole intention has been to get money out of me. Every accusation and topic she rakes up boils down to money and my income. I have ample proof to counter all her claims and substantiate mine."

He said that once he gets a divorce, he will marry Rakhi. Ritesh added that Rakhi supported him when his personal life was in the doldrums.

When asked when he met Rakhi, he reveald that they connected on WhatsApp regarding an event that he was organising for his company in early 2019. Although she proposed him, he avoided her and was apprehensive about getting into a relationship with her given her controversial image. They later met at a a hotel in Mumbai and I fell in love with her. He added 'bhagwan ko saakshi maan kar' they got married on July 28, 2019. He calls their relationship as divine intervention. 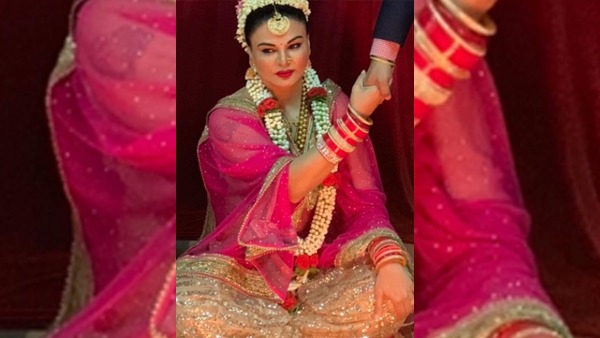 SHOCKING! Rakhi Sawant's Husband Ritesh's First Wife Says He Used To Beat Her; Reveals He's With Her For Money

Coming back to his elimination from Bigg Boss 15, he said that he is upset as he had expected to last longer on the show given the way that he was playing. He accepts the fact that people didn't appreciate how he behaved with Rakhi and this might have led them not to vote for him. He added that they misunderstood his intention. 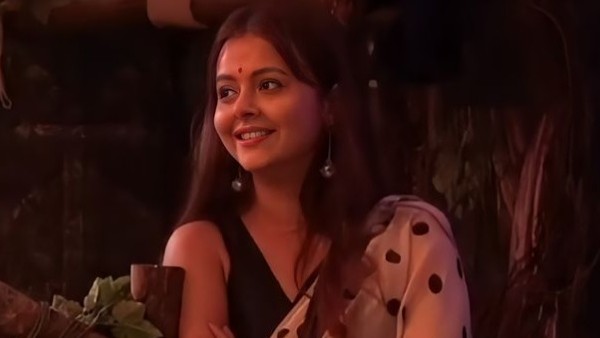 Ritesh said that his behaviour towards Rakhi was a part of his game plan as he wanted to play as an individual and not in alliance with Rakhi. He admits that he should have informed Rakhi about his plan.