The makers shared a glimpse of the veteran actress’ performance mesmerising everyone on set on social media. Madhuri Dixit Nene, who is one of the judges on the show, was seen cheering on the evergreen star. Check out the post below:

Rekha also enacted a famous scene from her 1981 film Silsila with Madhuri Dixit. The scene was originally picturised on Rekha and Jaya Bachchan’s characters in the film which also starred Amitabh Bachchan and Sanjeev Kumar in lead roles. 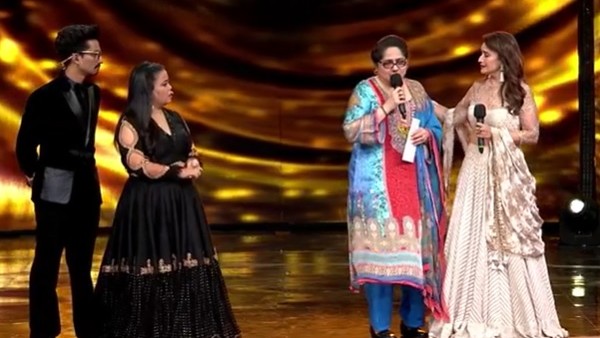 While recreating the scene from the movie on Dance Deewane 3, Madhuri stepped into the shoes of Jaya’s character and tells Rekha, “Unka daaman chhod dijiye (Go away from his life and free him).” To which Rekha replies, “Yeh mere bas mein nahin, aur joh mere bas mein nahin, woh main kaise kar sakti hoon (That is beyond my power, I can’t do it).” 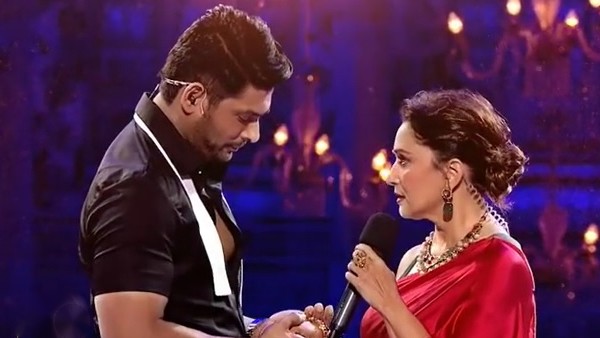 Madhuri continues her dialogues and says, “Amit mere pati hain, mera dharm hai (Amit is my husband). This is followed by Rekha saying in the last dialogue, “Woh mera pyar hai (He is the love of my life).” Take a look!

The theme for the special episodes with the actress has been kept as 'Rekha Utsav – Silsila Deewangi Ka’. Dance Deewane 3 is being aired on Colors TV at 8 pm on Saturday and Sunday.