Celebrations have not stopped for Rubina Dilaik ever since she took the Bigg Boss 14 trophy home on February 21, 2021. The actor has been flooded with congratulatory messages from her fans and all her friends from the TV industry. Rubina also received a grand welcome at her home by her husband Abhinav Shukla and her parents who had decorated her house to surprise her. Now, the actor has shared some pictures from a recent victory celebration which she had with Abhinav along with her close friends.

Talking about the same, Rubina Dilaik could be seen posing with Abhinav Shukla against the backdrop of an elaborate decoration arranged by her friends. The balloons of the words, 'Boss And Boss Lady' can be seen in the background along with several brown, white and pink balloons. Rubina makes way for a lovely sight in a casual black top and white shorts which she has paired up with a blue sling bag. While Abhinav has opted for a black and white striped shirt and grey jeans. The second post has a picture of a cake shaped like the Bigg Boss 14 trophy with the words, 'Super Proud' written on it.

Apart from that, Rubina Dilaik also shared a beautiful selfie with Abhinav Shukla and some of her industry friends which included Shrishty Rode, Sharad Kelkar along with wife Keerti Kelkar, Surveen Chawla, Hussain Kuwajerwala and others. In one of the pictures, Rubina can also be seen posing with Shristy against the backdrop of their balloon decoration. The Shakti Astitva Ek Ehsaas Ki actor captioned the same stating, "Celebrations with my people." Take a look at the post.

Talking about Rubina Dilaik emerging as the Bigg Boss 14 winner, the actor defeated singer and co-contestant Rahul Vaidya in the same who emerged as the first runner-up. Apart from that, Nikki Tamboli and Aly Goni emerged as the second and third runner-ups respectively. Rakhi Sawant who was also one of the finalists of the show chose to quit the race for the trophy and leave the house with a cash of Rs 14 lakh. 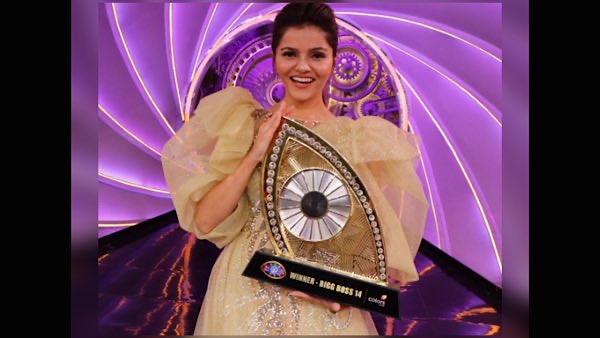 Also Read: Bigg Boss 14: Winner Rubina Dilaik Expresses Gratitude To Her Fans, Says 'It Was Possible Because Of My Fans' 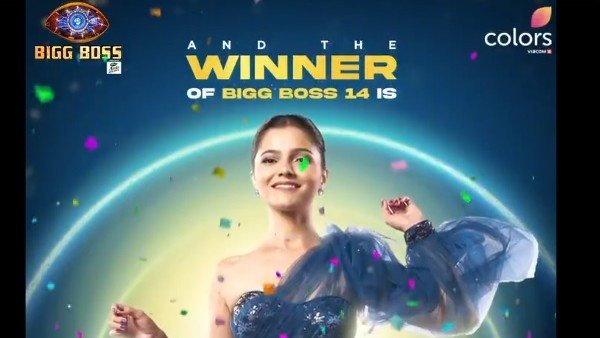