Late actor Sushant Singh Rajput is being remembered by family, friends and fans on his 35th birth anniversary. In fact, his fans have declared it as 'Sushant Day' on social media. Many actors recently shared old pictures and their heartfelt messages on their social media accounts.

Sushant's co-actors from the popular show Pavitra Rishta also shared their heartfelt messages on social media. Now, veteran actress Usha Nadkarni, who played the role of his mother in the show, recalled a few memorable moments spent with him, especially, the day when Sushant had organised his birthday party for friends at Madh Island. The actress said it was a lot of fun. She called him a good soul.


Usha was quoted by TOI as saying, "He had organized a birthday party in Madh Island and invited all of us. It was a lot of fun. I was there for a short while because I needed to get back but I remember enjoying the party with everyone."

She also recalled how he dreamt big. The veteran actress revealed that he had spoken to her about his dream house and his wish to buy a luxurious car. She called him a good soul.

She said, "Once we were in BKC and he showed me a high-rise building and said, 'I want to buy a house here.' He also said he wanted to buy a luxurious car. I asked him, wouldn't that require a lot of money? And he smiled saying, 'Yes'. He was a good soul."


She also shared another picture and wrote, "Words are falling short can't describe the feeling ...!!! I still feel Your presence like you are right here next to me doing the same naughty masti cracking jokes making the surrounding so special, I was not your real mother but reel mother still we had a bond like a real family. You are always there in our heart Happy birthday Beta."
It has to be recalled that recently, Usha paid an emotional tribute to Sushant at Zee Rishtey Awards along with Ankita Lokhande, who played the lead actress in Pavitra Rishta. 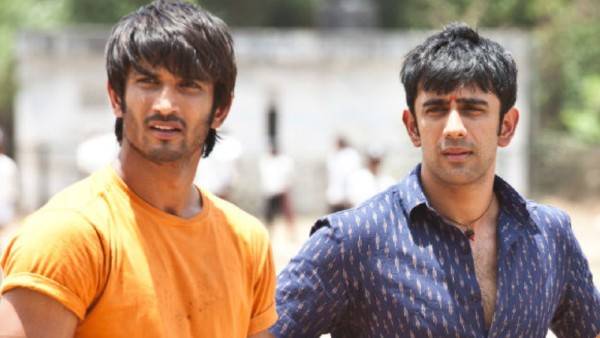 Also Read: Sushant's Co-Star Amit Sadh On His Birth Anniversary: He'll Always Stay Alive With The Work That He Did