The Kapil Sharma Show has been hitting the headlines ever since season 3 was announced. The show will hit the television screens this weekend and fans are super excited about the same. The makers had released a few promos of the show. However, absence of Sumona Chakravarti in the promo disappointed fans. But the actress recently shared a picture from her vanity van, which hinted that she is a part of the show.

Archana Puran Singh, who is a part of the show, recently shared BTS videos from the shoot, in which they were seen discussing why Sumona was missing from the promos.


The video opens with Archana walking into the set and greeting Sumona. She hugs her and said that this Ma'am is very much part of the show and we will never be able to do the show without her. She then says that Sumona herself will inform fans why she wasn't a part of the promos.

To this the latter laughed and said, "Woh kabhi kisi ko nahi pata chalega (no one will ever get to know that), why I was not in the promo," and then with a smirk she added, "Stars don't need promos." Archana repeated Sumona's statement and both of them were seen laughing.

Akshay had visited Kapil's show record number of times! In the latest promo, Kapil and Akshay's fun banter was seen, where in Akshay teased Kapil for not touching his feet properly while the latter questioned Akshay about his epic adventures atop moving vehicles and planes in movies. 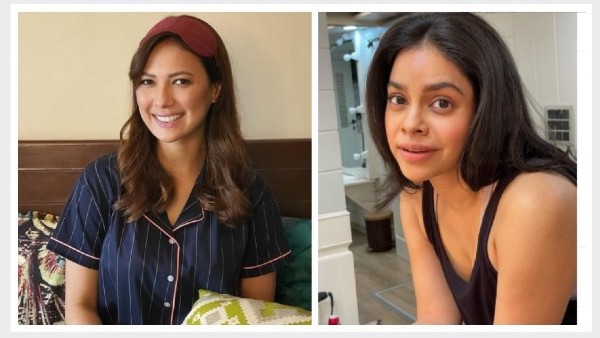 The Kapil Sharma Show: Rochelle Rao Is Back On Popular Demand; Sumona Shares Pic From Her Vanity 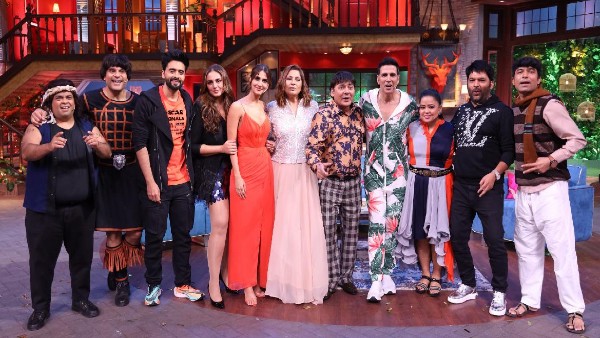 Kapil asked, "Ab kya chalayenge aap (Now, what will you be seen driving next)?" To which Akshay responded quickly with, "Itne saalon se tera show chala raha hoon (I have been driving your show forward for so many years, isn't that enough)?"

Also, Bharti Singh had a hilarious comment on Akshay's frequent visits to Kapil's show. She said, "Is this show produced by Salman Khan or Akshay Kumar? Because only the owner comes so many times to check the progress." Her statement left everyone in splits.