Ashlesha Savant, who was seen in Kumkum Bhagya, recently spoke about bagging a role in Anupamaa. The actress' debut film helmed by her beau Sandeep Baswana, will be releasing this year.

Talking about bagging Anupamaa, the actress said that when she was offered the role, she didn't have to think much as the role was good. Also, she feels, these days actors need not restrict and can work in television while doing web series or a film.


Ashlesha was quoted by Times Of India as saying, "I have always believed that one is fortunate to get the kind of work that one wants to do. I have never left an opportunity or a good project thinking about how will I manage it. So, when Anupamaa was offered to me, I didn't have to think much as it was a good role and I wanted to be a part of the show. Also, I think these are times when an actor doesn't have to restrict him/herself to doing one project at a time or focus on just one platform at a time. One can work in a TV show while doing a film or a web series."

The actress is busy shooting for the show and is not able is finding less time to participate in the promotions of the film. Regarding the film, she said that they completed the film in instalments due to the pandemic. She said that everyone has worked hard and called it a humbling experience to work behind the camera and be a part of the creative process. She added that the making of film was a great learning experience for her.


When asked if she would want to get more involved in the filmmaking process in the future, the actress said that currently she is loving what she is doing in front of the camera. She said that she wants to continue doing different roles and try different things. 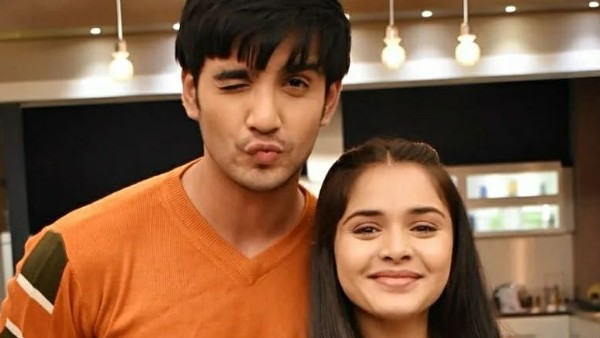 Tejasswi Prakash, Karan Kundrra, Shehnaaz Gill To Rupali Ganguly, Hina Khan & Kapil Sharma, Here's The First Salary Of TV Actors (Photos)
Ashlesha concluded by saying, "I would say never say never, but I am an actress and at present, I am loving what I do in front of the camera. Working behind the camera is a different experience and you learn a lot of things at different levels, which you may not notice while working as an actor. But for the time being, I am loving being an actor. Even as an actor, I can't really say if I would be choosing more films or TV shows as my first film will release now and I don't know how I will be perceived. But I would still want to continue doing different roles, trying different things."