The January 14 episode of Bigg Boss 15 begins with Shamita Shetty telling the inmates to stay out of the cycle shop. Pratik Sehajpal and Tejasswi Prakash continue to tussle in the ongoing task. Tejasswi gets upset with Sanchalak Shamita and says that she is going against her own rules.

After the final round, Bigg Boss asks Shamita to announce the status of the game. She tells BB that Tejasswi’s cycle is more broken while Pratik’s cycle is not broken. Bigg Boss states that Pratik has won the ticket to finale this week. He then adds that Nishant Bhat, Devoleena Bhattacharjee, Abhijit Bichukale, Tejasswi and Rashami Desai are nominated now. Shamita hugs Pratik as he gets emotional and brings up Tejasswi’s blame game. She tells him that he played well. 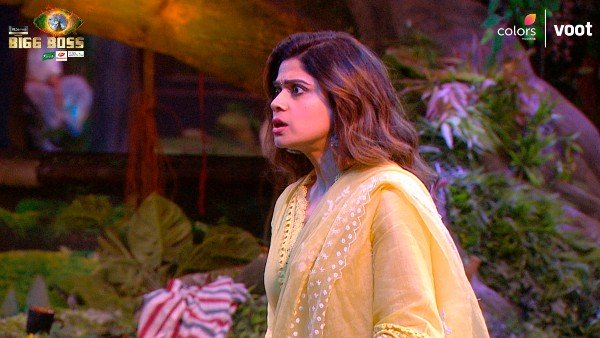 This is followed by Bigg Boss asking Shamita in the confession room about the contestants who speak the most amount of English in the house. He then reprimands the housemates for constantly breaking the house rules and asks Shamita to choose between Tejasswi, Devoleena and Rashami’s name. It must be noted that Shamita was also on the list but was exempted as she is currently the captain of the house. He takes Devo’s name and as a punishment, she won’t be able to talk till BB’s next order. She will have to communicate by writing on a board. This makes everyone laugh. The actress is seen writing Bigg Boss forgive me for talking in English on the board. 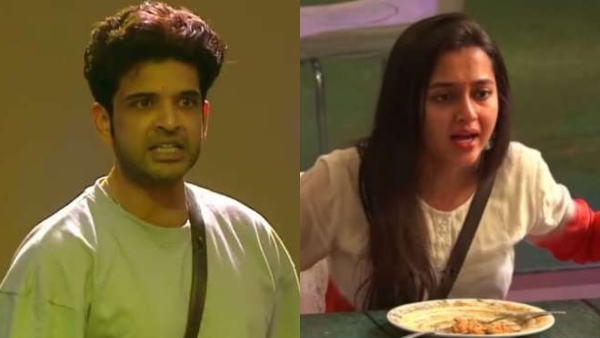 
Pratik and Tejasswi discuss their grievances from the task. Rakhi teases Shamita by bringing up Raqesh Bapat’s name. Tejasswi tells Karan that Rakhi confirmed that Shamita likes him. Karan reminds her that she is just teasing him. Karan informs Rakhi that Tejasswi got miffed about the joke. Later, Rashami says that Tejasswi is jealous and Karan doesn’t talk to others because he is scared of Tejasswi. The next morning, Bigg Boss gives housemates a food making task by dividing them into two teams. Karan and Pratik get into an argument over Abhijit not doing his household duty.