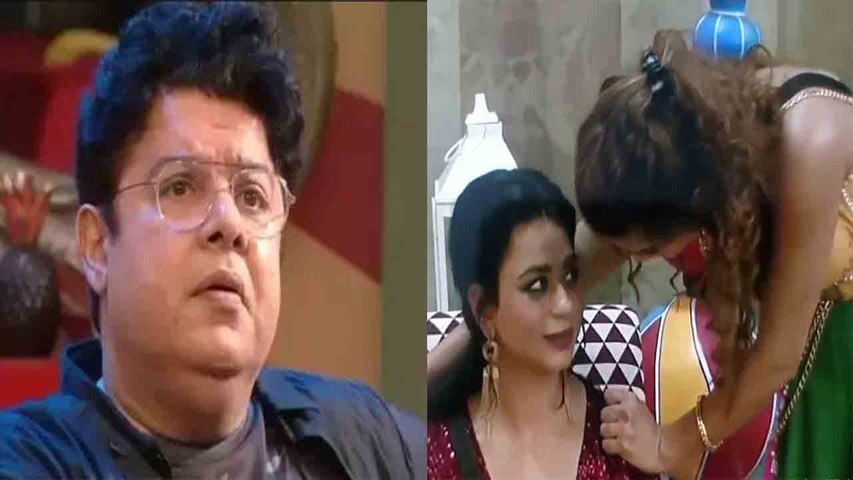 The show's name is synonymous with controversies and the current season is no different. Ever since its premiere last month, social media users have been slamming the makers for roping in Sajid Khan as a contestant.

For the unversed, the Housefull filmmaker was accused of sexual harassment by several women during the #MeTooIndia movement. Ever since his name was announced as a Bigg Boss participant, people are urging the makers to eject him from the reality show.

While the Bigg Boss team chose to ignore the requests and Sajid continues to be a part of the show, an unseen video is currently grabbing eyeballs on the internet in which Archana Gautam and Soundarya Sharma are seen doing the roleplay of a boss and secretary.

In the clip, Archana is seen acting as an owner of a big company while Soundarya wants a job and approaches him. During a conversation, Archana starts asking weird questions and touches Soundarya's shoulders in an inappropriate way.

Take a look at the video here:

Social media users are connecting it to Sajid Khan's #MeToo controversy. According to them, Archana and Soundarya are taking an indirect jibe at Sajid.

Here are the reactions:

We wonder how Salman and Sajid would react to this clip.

For the unversed, Archan and Sajid got into an ugly brawl in yesterday's (November 23) episode during a task. While Sajid started it by taunting the 'silbatta queen' of Bigg Boss 16, she gave it back it him. However, the argument soon took an ugly turn and the filmmaker even started a hunger strike to protest against Archana. Later, Bigg Boss intervened and asked Nimrit and Shiv to make Sajid understand that he was overreacting.