Yesterday's episode of Bigg Boss 16 was on a lighter note as compared to last week's intensity. The house members chose to sit down and have a cordial discussion to resolve their issues instead of indulging in massive fights. Currently, Shalin Bhanot and Tina Datta are having a disagreement over their relationship. She wants to get away from Shalin Bhanot after the fans claimed that he always trails Tina.

Further, Priyanka also shared that she is worried about her marriage and getting work. However, Priyanka added that she wants to get married but doesn't know how people will perceive her after watching her behaviour inside the BB house. Archana Gautam then teases Priyanka with the name Ankit Gupta, to which Priyanka responds by saying that Ankita would never marry. 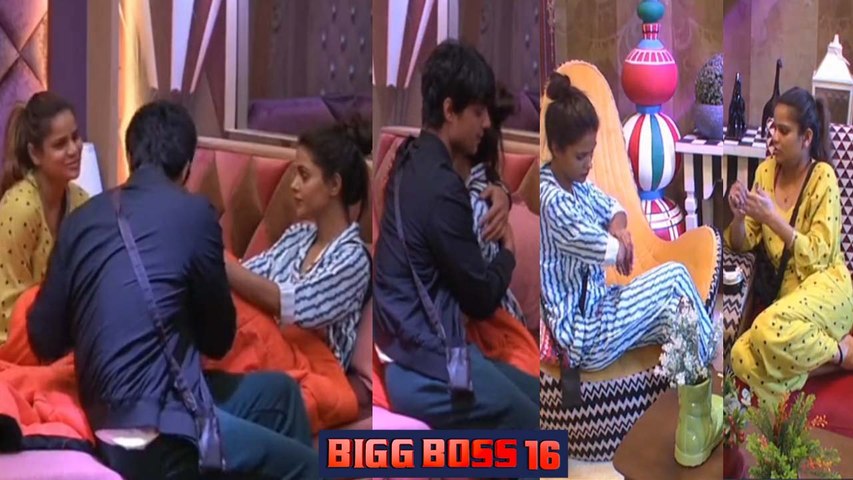 Here, both ladies of the BB house joke that they will have to go in search of a groom for Priyanka. Archana promises that she will find a suitable groom for her. Archana jokingly says that she would find two grooms-one for herself and another for Priyanka.
Priyanka Chahar Chaudhary was also called by Bigg Boss to the confession room, where she got emotional and told him that she fears her relationship with Ankit might have an effect on her image. "I am a simple girl jise shadi bhi karni hai, ghar basana hai. Ankit ke case ko lekar main zaada emotional ho rahi hu aur is poore cheez mein main galat padh gai. Logon ke liye meri image yahi ho jayegi ki bahot chik chik karti hai (I want to get married, settle down. I am getting too emotional about Ankit and I feel stuck in all of it. People will think I crib a lot)," Priyanka said.

Well, the shadi talks between Priyanka and Archana might disappoint many Ankit and Priyanka fans. Several fans out there feel that Ankita Gupta and Priyanka Chahar Chaudhary are a couple, as their on-screen pairing in the television serial Udaariyaan has been a hit with the audience. Since their appearance on Bigg Boss 16, fans have gushed over the pair and the chemistry they share with each other. Meanwhile, the hashtag Priyankit created by fans trends on social media, and audiences just love how Ankit and Priyanka support each other.