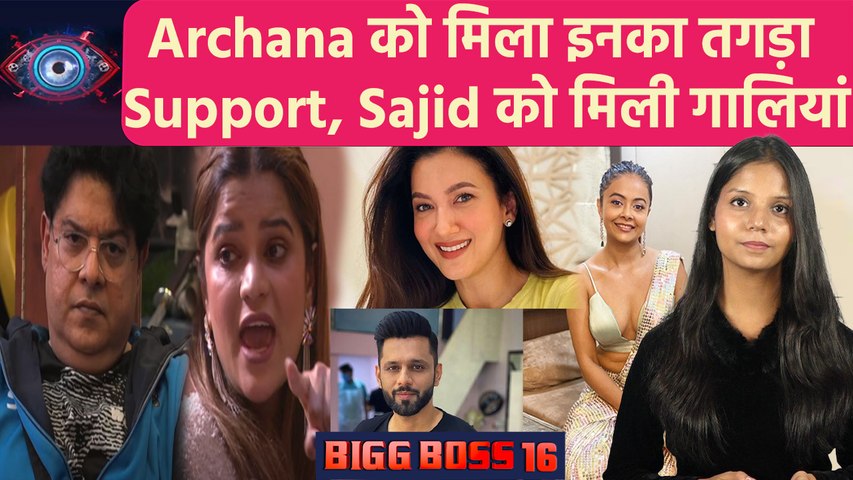 With each passing day, Bigg Boss 16 is getting more interesting as the house has been clearly divided into two groups. In the latest episode, Sajid indulged in a nasty fight with co-contestant Archana Gautam during a task to earn the weekly ration.

Sajid VS Archana In ‘Bigg Boss 16’

During the task, Sajid taunted Archana about how she was begging to return to the show after getting ejected a few weeks back. Reacting to it, Archana stated that he's an expert in ‘blackmailing.' Sajid then replied, "Hakale jaane wale logon ko lagta hai unka baap chalata hai show [The people who get thrown out of the house think their fathers run the show]". Archana again commented, "Mera baap itna ameer hote toh woh Bigg Boss ko chala sakte, aap apne papa ko bol dijiye na woh chala lenge [If my father was this rich he would have owned the show. Why don't you ask your father if he wishes to run the house]."

Archana's reply irked Sajid who lost his calm and said, "Tune mere baap ka naam liya. Chal utar (How dare you mentioned by father, now get out of the truck)." Soon, the argument escalated and Sajid started a hunger strike to protest against her.

The ‘Bigg Boss 6' winner stated, "Profession ki baat toh you started Sajid by addressing everyone in the captain's room by telling everyone ke "1200 votes Mile thay usko" (Archana)..u basically slaughtered her and when she sarcastically said u are the best director..u lost it! Haha."

Taking a dig at Sajid, Urvashi added, "And just to set the record straight Archana hasn't changed one bit since day one! She has been exactly this way. But clearly, others have changed. Peacemaker Sajid evidently has taken a 360* turn in behaviour. Why now? Coz her game has turned on him?"