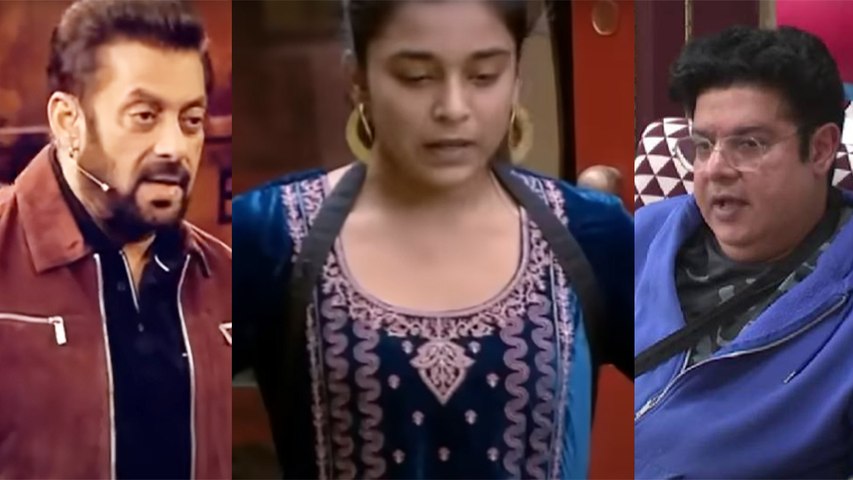 Bigg Boss 16 never fails to surprise the audience with its mind-boggling twist. Be it introducing the Raja/Rani twist, the chance to get Rs 25 lakhs back in the prize money or more, the popular reality show has managed to keep the audience intrigued from the first day itself. Among these, the nomination task also added to the entertainment quotient as seven contestants were nominated for elimination this week. This includes MC Stan (who was nominated by Bigg Boss for his violent behaviour), Sajid Khan, Shalin Bhanot, Sumbul Touqeer Khan, Tina Datta, Shiv Thakare and Priyanka Choudhary. Needless to say, there are speculations about who will be eliminated from the show.

However, if the recent social media buzz is to be believed, the popular reality show will have no eliminations this week. The news has been shared by a Twitter handle name The Khabri. Although an official announcement hasn't been made in this regard, the buzz has also been that Sajid Khan has been declared safe from elimination which has also left the social media divided. It is worth mentioning that Bigg Boss 16 didn't have any eliminations last week as well and if the reports about the no elimination turned out to be true it will be the second consecutive week to have the same fate.

Meanwhile, the Shukravaar Ka Vaar on Bigg Boss 16 with Salman Khan will also be coming with some interesting twists wherein the host will be seen taking a jibe at Shalin Bhanot and Tina Datta's relationship. This isn't all. Priyanka Choudhary and Ankit Gupta will also be seen getting into an ugly fight on the show following which Salman will give a piece of major advice to the Udaariyan actor and asked him not to give any advice to Priyanka henceforth. Clearly, the Weekend Ka Vaar will change a lot of equations in the house this time.