Salman Khan's Return to Bigg Boss 16 has been much talked about in the past few weeks. It was rumoured that he had said no to the team, and was not planning to come back for another season. However, he has, and tonight (September 27), he attended a press conference to promote the show. 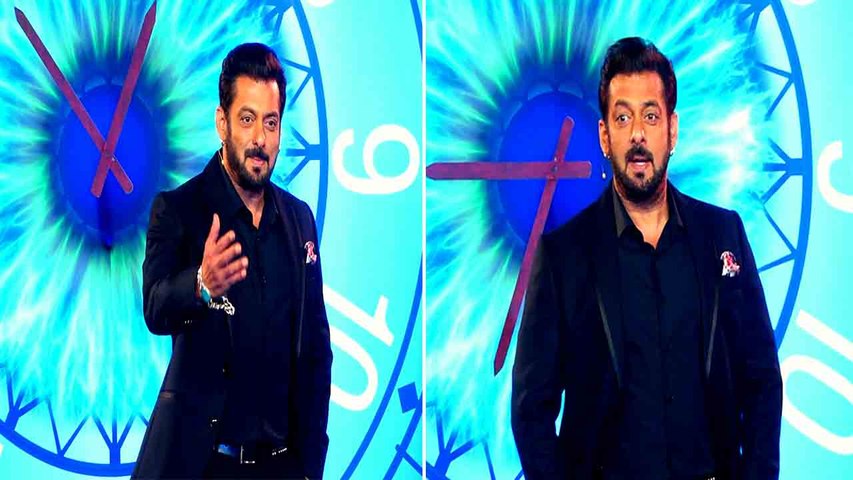 The actor introduced the first contestant of this season, Abdu Rozik, and revealed an interesting bit about season 16. This time, apparently Bigg Boss would play the game with the contestants, and Salman refused to speculate on how this would play out.

When asked about his fee for the show being Rs 1000 Crore, the actor said that if he gets paid that much, he will never work again. He was also asked about the rumours about him saying no to season 16. He admitted that he did say no because sometimes he gets irritated. But then the team did not have many other options and if they had they would probably not come to him. He added that he himself would not approach him if there was a choice.

Salman was then asked about what makes him come back to the show, and he said that he enjoys the interactions and the bond he develops with the contestants. He said that he likes to protect the bullied, and bully the bullies.

He commented on the fairness of the show and said that they never let anybody cross the line. They make sure everybody gets a fair chance to play their game. And that if someone thinks they know the show and can manipulate the template, they can't be more wrong.

Salman said that season 16 will have a soul and that's why it's the solwa season.

All are aware that Salman's mother is a Bigg Boss fan. However, the actor revealed that she didn't watch Bigg Boss 15. He added that Hiroo aunty also told him that it is getting too much.

At the launch event, Salman confirmed that this time, Weekend ka Vaar episodes will happen on Friday and Saturday, instead of Saturday and Sunday.

The promos shared in Colors' Instagram handle are interesting. In one promo, Salman dresses up as Mogambo and says, "Mogambo ab kabhi kush nahi hoga." And in another promo, he comes in the attire of Gabbar Singh, with a whip. All promos show Salman iterating that Bigg Boss will also play the game this time.

One promo suggested that day/night illusions and other similar effects might be used to confuse the contestants. The promo even spoke about gravity. Let's see how far the team goes to spice up this season.

Bigg Boss Season 16 premieres on October 1, and 2. Popular standup performer Munawar Faruqui is rumoured to be a part of this season. His possible involvement is a huge buzz on social media now.