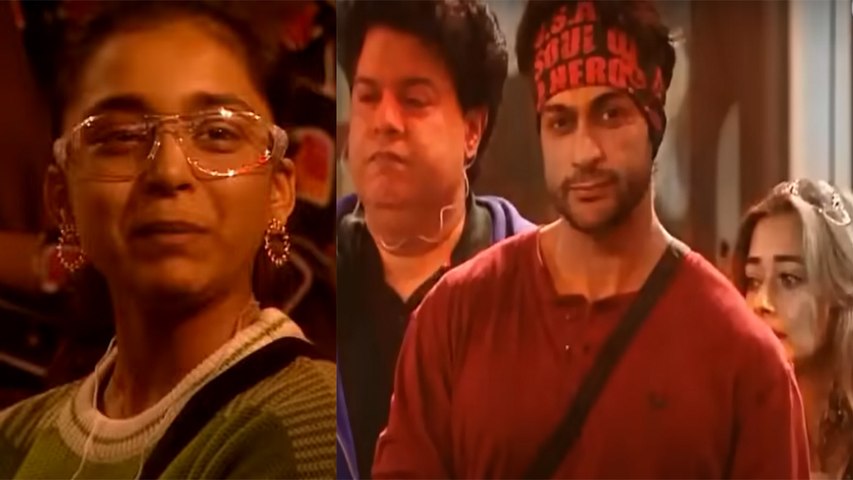 Bigg Boss 16 is a place where there are no permanent enemies and friends. The equations change in the house almost every day and it often leaves the audience intrigued. Recently, we saw Shalin Bhanot -Tina Datta's bond with Sumbul Touqeer Khan turning sour after the latter's father Touqeer Hasan Khan had slammed the duo for allegedly using the Imlie actress for their dirty game on the show. Although Tina and Sumbul seem to have resolved the differences, Shalin has been holding grudges against the Imlie actress and this will be evident during the nomination process.

Yes! It's time for nominations on Bigg Boss 16 and it is likely to change the equations in the house once again. In the promos, Shalin Bhanot was seen targeting Sumbul and had reportedly nominated her for elimination. This didn't come as a surprise for the Imlie actress who has been at loggerheads with Shalin of late. However, it was her response that grabbed the eyeballs. After the nomination, Sumbul was seen giving a sarcastic reaction to Shalin and quizzed if he is nominating her or her father for nomination. To note, Shalin has been miffed with Sumbul' father's allegations and looks like he is taking revenge this time.

On the other hand, Archana Gautam, Priyanka Chahar Choudhary and Soundarya Sharma will also be seen targeting Sajid Khan and Shiv Thakare during the nominations as well. Besides, Priyanka will also be reportedly nominated for eliminations this week. It will be interesting to see who will be nominated for eliminations this week. Besides, there are reports that Bigg Boss 16 will witness double elimination this week, so we wonder which two contestants will be walking out of the BB house soon.

On the other hand, the Bigg Boss house will witness another twist as best friends Nimrit Kaur Ahluwalia and Tina Datta will turn into foes. This will happen after Shiv will announce Nimrit as the new captain of the house and leave Tina irked. As a result, Tina has challenged to turn down Nimrit's captaincy in three days. Will she succeed in her plans?