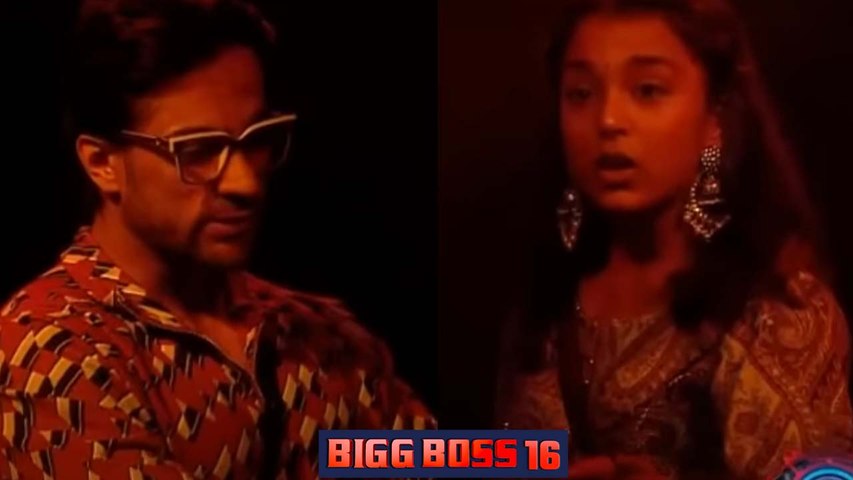 Bigg Boss 16 never misses a chance to intrigue the audience. After an interesting captaincy task, the popular reality show is set to witness the nomination for elimination. The tenth popular reality show will have the housemates directly targeting each other as they nominate each other for elimination. Amid this, Sumbul Touqeer Khan, who has been at loggerheads with Shalin Bhanot, will be seen nominating him for elimination after he targetted her with Priyanka Chahar Choudhary during the captaincy task.

During the nomination task, Sumbul was seen hitting at Shalin and stated, "Shalin, agar aap kisi ko neecha dikhaoge to jab uska time aayega to wo bhi aapko neecha dikhayega". Her statement came after Shalin has been repeatedly targeting her post her father's sharp comments against him. From tasks to household chores, Shalin has not just been avoiding Sumbul but has also been holding grudges against her. After Sumbul's nominating Shalin, the latter was seen expressing his disappointment towards the Imlie actress. He is likely to nominate Sumbul and stated, "Kuch din pehle kisi ne mujhe bahut badi chot pahunchai. I miss the friend that I had".

To note, this is not the first time Shalin will be nominating Sumbul for elimination. He had nominated her last week as well after learning about her father's call wherein Touqeer Hasan Khan had warned Sumbul about Shalin and Tina. However, Sumbul had hit back at him wondering if he is nominating her or her father. Although there was no elimination last week, it will be interesting to see if Shalin and Sumbul will be able to escape eliminations this week.

Meanwhile, Archana Gautam will be seen nominating Tina Datta over her 'fake relationship' with Shalin Bhanot. On the other hand, Ankit Gupta who is the new captain of the house, will also be given a special power during the nomination process. It is worth a watch who all will be in the danger zone this week.