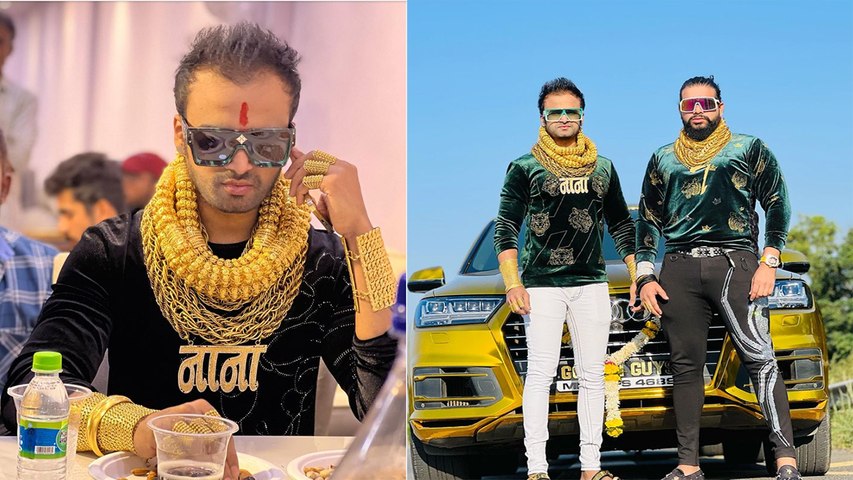 Bigg Boss 16 has been witnessing endless fights and arguments these days. Be it Archana Gautam and Shiv Thakare locking horns to tiffs over the captaincy and more, the popular reality show often leaves the audience intrigued. Amid this, Bigg Boss 16 is set to witness another twist in the game with two wild card entries. Yes! Golden boys Sunny Waghchoure and Sanjay Gujar will be entering the BB house as wild card contestants and their entry will definitely intensify the game.

But did you know, Sunny and Sanjay happens to be friends with MC Stan way before the rapper had participated in the reality show? Yes! It's true and it was evident by the way Stan jumped with joy as Sunny and Sanjay entered the house. On the other hand, the golden boys also stated that they have come to support Stan in the game. In the promo, Sunny told Stan, "Tereko bahut akela akela lag raha tha na, aa gaye hum log". This isn't all. The duo's entry will also bring a twist in the prize money. The promo suggested that Sunny and Sanjay will have a hold of Rs 25 lakhs which the housemates had sacrificed to save other contestants during elimination. Reportedly, the housemates will be given a chance to win back Rs 25 lakhs and complete the prize money of Rs 50 lakhs.

It will be interesting to see how Sunny and Sanjay will change the game in the house. Meanwhile, the nomination process on Bigg Boss 16 left everyone intrigued as the housemates were seen showing their grudges against each other. While MC Stan has been nominated for elimination for four weeks by Bigg Boss post his fight with Shalin Bhanot, Tina, Sumbul Touqeer Khan, Shiv Thakare, Sajid Khan, Priyanka Chahar Choudhary and Shalin have also been nominated during the task. Who do you think will walk out of Bigg Boss 16 this week? Let us know in the comment section below.