After an interesting week on Bigg Boss 16, the popular reality show is gearing up for an exciting weekend with host Salman Khan who is set to being in a new twist on the show. Yes! After former contestant Sreejita De made a wild card entry on Bigg Boss 16, Salman will be introducing the second wild card contestant tonight. We are talking about Vikkas Manaktala who will be changing the equation in the house. As per the promo, Vikkas will be seen exposing the housemates during his initial tasks.

Interestingly, Vikkas will be asked to give different tags to the housemates based on how he has observed them so far and during the task, he tagged Tina Datta as fake. Explaining his point, the Left Right Left actor stated that her relationship with Shalin Bhanot is fake which she has been using as per her convenience. This isn't all. Vikkas also called Shalin as Tina's ghulaam. On the other hand, Vikkas tagged Archana Gautam as dhokebaaz and stated that she can betray anyone for the game as a result she can't be trusted. 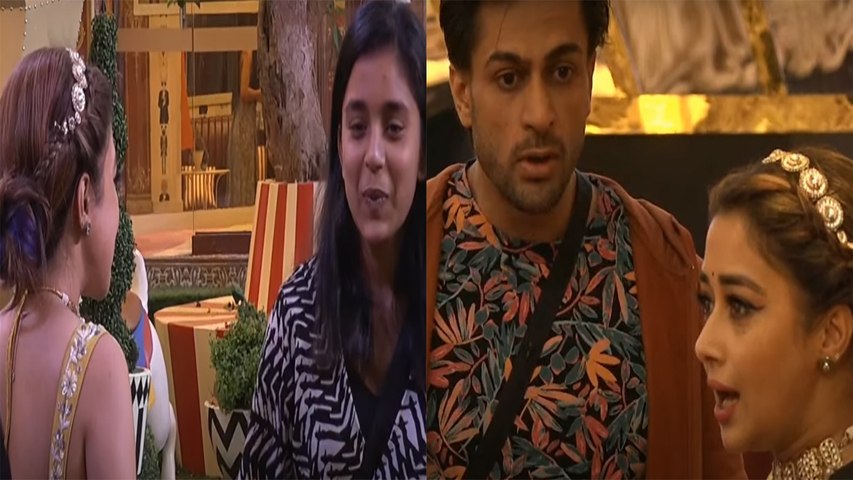 Meanwhile, Sreejita's entry had already created a chaos in the house wherein she was seen locking horns with Tina. Sreejita mentioned that Tina has a black heart and that she has a negative energy. This isn't all. The Uttaran actress also called Tina a cobra and her words didn't go down well with latter. In fact, Tina was seen complaining to Bigg Boss about how he doesn't like to see her happy and it was evident that she wasn't pleased with Sreejita's entry.

Meanwhile, Tina Datta is in the danger zone as she has been nominated for elimination this week. She is facing nomination for elimination along with Sumbul Touqeer Khan, Nimrit Ahluwalia and MC Stan. It will be interesting to see who will walk out of the Bigg Boss house this week.