Bigg Boss is one of the most-controversial reality show on television. Every year, fans eagerly wait for the show. Bigg Boss 16 is all set to hit the television screens soon and the makers have apparently roped in interesting set of contestants, who are yet to be revealed.

TV bahus have always ruled television and there is no doubt that they had been ruling Bigg Boss as well. Don't believe us, here's the list of TV bahus who won trophy of Bigg Boss in various seasons- Take a look!

Shweta Tiwari, who was seen in Kasautii Zindagii Kay, and is currently seen in Main Hoon Aparajita, won Bigg Boss 4 beating The Great Khali and Ashmit Patel during the course of the show.

Juhi Parmar, who was seen in Kumkum - Ek Pyara Sa Bandhan and Karmaphal Daata Shani, won Bigg Boss 5 in 2012. Mahek Chahal, who is currently seen in Naagin 6, was runner-up of the season.

Bhabhi Ji Ghar Par Hain actress Shilpa Shinde won Bigg Boss 11. She was in the news big time for her fights with Hina Khan and Vikas Gupta in her season.

Dipika Kakar, who became a household name with her show Sasural Simar Ka and was seen in Sandiip Sikcand's Kahaan Hum Kahaan Tum, won Bigg Boss 12. Her bond with cricketer Sreesanth during her season had hit headlines.

Rubina Dilaik ruled Bigg Boss 14 and she bagged the trophy. Her genuine game, no-nonsense and boss lady attitude won millions of hearts. Her husband Abhinav Shukla participated along with her and the duo was in the news as they mentioned that they contemplated divorce but later decided to participate in the Salman Khan show to give their marriage a second chance. 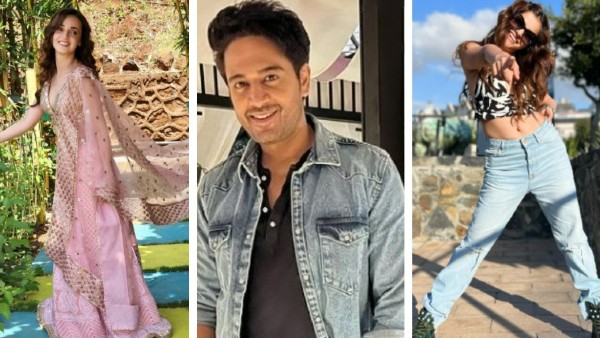 Swaragini actress Tejasswi Prakash, who is currently seen in Naagin 6, bagged the trophy Bigg Boss 15. Many of them wanted Pratik Sehajpal to win the show, but it was Swaragini actress who won millions of hearts