A couple of days ago, actresses Chahatt Khanna and Urfi Javed engaged in a war of words on Instagram. For the unversed, Chahatt lashed out at Urfi for her fashion sense. Let us tell you, the Bade Achhe Lagte Hain actor criticised the Bigg Boss OTT contestant's yellow dupatta dress. 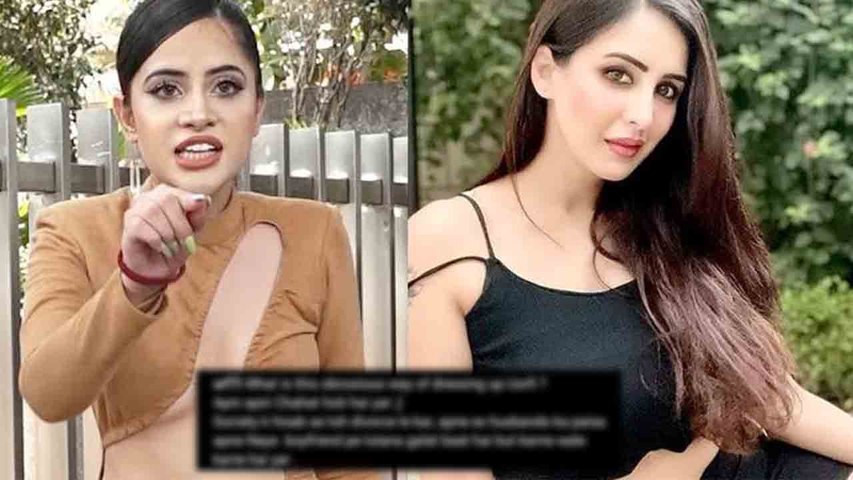 Chahatt Khanna shared Urfi Javed's pictures in a yellow dupatta dress on Instagram stories. She criticised her clothing style and slammed her for doing cheap publicity. She feels that her fashion choices are affecting the young generation. She concluded her note by stating, "God bless you with some wisdom."

After coming across her post, Urfi Javed responded to her statement by taking a dig at her personal life and marital status. Well, her statement didn't go down well with Chahatt as she also gave her a befitting reply to Urfi and revealed how she has achieved success on her own.

Interestingly, when ETimes TV tried to contact Urfi Javed, she remained unavailable as she is currently hospitalized due to illness. On the other hand, when contacted Chahatt Khanna, she revealed why she lashed out at the fashion diva.

Chahatt Khanna said, "Nothing actually happened, just that it was getting really tough to tolerate this nonsense happening since months on social media. So I finally spoke about it, and she replied in her level of class." Looks like the argument will take get uglier with each passing day.

Talking about Chahatt Khanna, she was first married to Bharat Narsinghani in 2006, but got divorced after a few months. She alleged that Bharat physically abused her. Later, she got married to Farhan Mirza in 2013. The couple has two daughters, however, she filed for divorce in 2018 citing sexual and mental harassment.

On the other hand, Urfi Javed has acted in several TV shows such as Chandra Nandini, Bepannaah, Daayan, Yeh Rishta Kya Kehlata Hai, Kasautii Zindagii Kay, Aye Mere Humsafar and so on.