TV actress Charu Asopa has recently been in the news for her separation from her husband Rajeev Sen. The actress had personal differences with her estranged husband and has filed for divorce. Ever since they got separated, the duo has been levelling numerous accusations at each other. 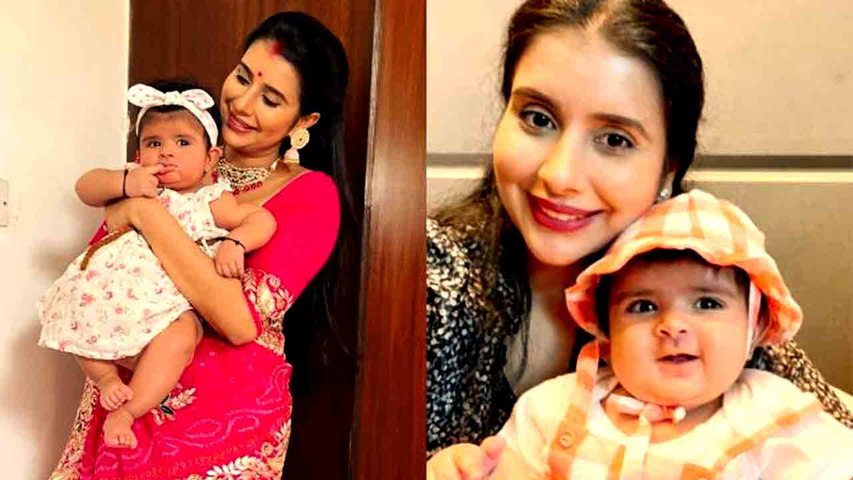 Amidst all, Charu Asopa celebrated her daughter Ziana's 8-month birthday yesterday (July 4) at her brother's house. The actress celebrated the special occasion with her father, brother and sister-in-law. She recorded some special moments and converted them into a vlog and shared the same on her YouTube channel.

In the video, one can see her brother and sister-in-law Chetan and Monika making tea for her. They also took Ziana for a walk where the little munchkin had a lot of fun with her mama-mami. Her brother also shared how Charu balanced her work and personal life.

Charu Asopa also recalled the time when she used to work in two shows simultaneously and called it 'struggling days'. Her father also said, "All that we are today is because of Charu." We must say, Charu has indeed worked very hard to run her house and give her siblings a proper education.

Talking about her split with her husband Rajeev Sen, Charu said that she wants to keep her daughter with her parents. She doesn't want to harm her daughter's childhood due to the former's arguments with her estranged husband. On the other hand, in an interview with ETimes TV, Rajeev said that Charu didn't tell him about her first marriage. Let us tell you, Charu refuted all his allegations.