TV actress Chhavi Mittal was diagnosed with breast cancer a few months ago and since then, she has been sharing each and every detail about her cancer treatment on social media. For the unversed, she underwent breast cancer surgery a few months ago. Let us tell you, she has indeed become an inspiration for everyone as her attitude towards this phase of her life motivates many people. 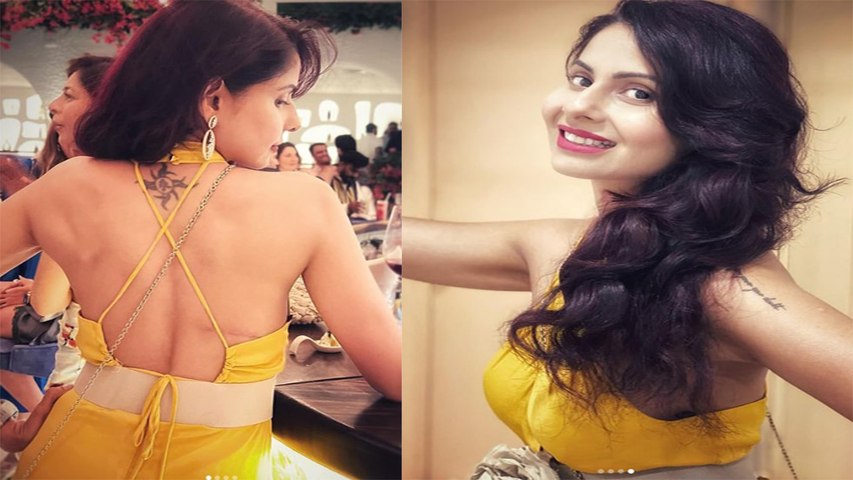 Amidst all, Chhavi Mittal recently shared a bunch of pictures from the party, in which she can be seen flaunting her breast surgery scars. In one of the pictures, Chhavi looked sideways and a scar was visible on her ribcage. In other pictures, Chhavi was seen smiling.

See post
Along with the pictures, Chhavi Mittal penned a note about her scars in the caption of her post. She wrote, "Scars. You can see the ones on the body... but you'll never see the ones etched on the bearer's soul. Yesterday when I found the courage to flaunt this scar... there were some who flinched at the sight of it. I say, if the mere sight of it makes you flinch, imagine what I felt when it was given to me! But in my opinion, a man is not a complete man if he has the nerve to look down and admire a woman's assets but is not brave enough to appreciate the effort she went through to save those assets. Some have also asked me if I'll remove these scars with a laser or some such and I say never! They remind me of the fight I fought and the victory I achieved. Why would I ever want to hide these battle scars! That would be tampering with evidence! Proud to be a #cancersurvivor." (sic)

A few days ago, Chhavi Mittal shared a motivational post for actress Mahima Chaudhry, who also recovered from breast cancer. She had also shared her opinion about the new cancer drug.

Talking about her career, she has acted in TV shows such as Teen Bahuraaniyaan, Ghar Ki Lakshmi Betiyann, Bandini, Naaginn, Viraasat and so on.