Television actress Debina Bonnerjee and her husband Gurmeet Chaudhary welcomed their second daughter sooner than expected on November 11. They again became parents almost eight months after the birth of their first daughter, Lianna, who was born in April this year. Though the couple is thrilled to bits with the birth of their two daughters, Debina's second delivery was difficult. She underwent a C-section, and taking to vlogs, the actress showed her fans how complicated the baby's birth was. 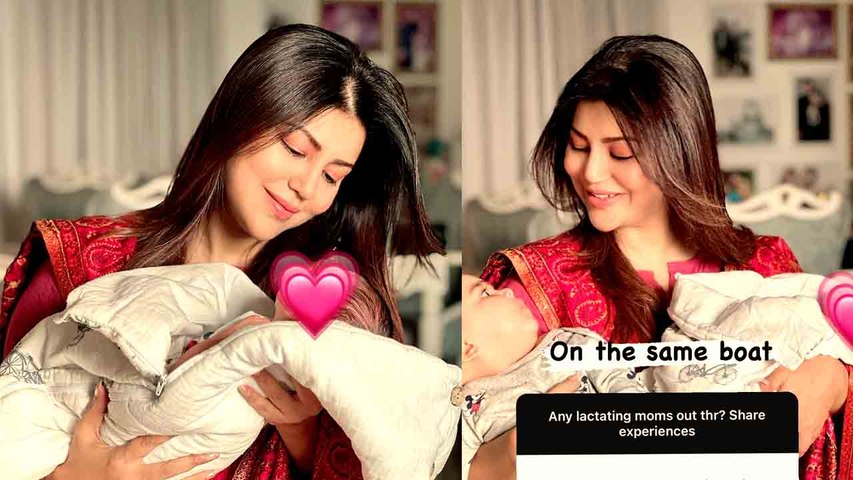 Debina in a latest vlog shared her delivery journey and the healing process. Speaking of how difficult C-sections are compared to normal deliveries, the actress added that a mother gets up in one or two days after a normal delivery. However, a woman who has gone through a C-section has to go through a long healing process. Thus, one has to keep their cool, as there is no point in getting worked up.

The Recovery Process After Delivery

Debina Bonnerjee, while talking about her healing process, said that after the operations, he was just lying on the bed throughout the day. "At night I would slowly change sides. Next day the nurse gave me a tip, which helped me a lot. I wanted to be on my feet and stand. I could stand in a bending position. The nurse told me to somehow stand straight and I won't feel the pain. It actually worked. I walked a bit and also sat," she said.

Further in the vlog, Debina added that she was prepared to give her child the formula milk; however, she didn't. She then said, "The nurses tried and I started lactating. It's the most beautiful thing I can say. The first secretion before the milk is called Colostrum and it is the powerhouse of immunity. If your baby gets that, the baby will have a strong immunity system. It was God's call. The doctors got it in a syringe and gave it to my baby. I am feeling so wonderful to give my baby my milk, when she needs it."

Sharing that she has also made her daughter attuned to formula milk as well, so that she can adjust to both. "Let me tell you, Lianna is also very healthy just drinking formula milk. I have a balance of both," she said.

Walking Is Essential For Mental Health

Adding that she had been on antibiotics, painkillers, and antacids for five days, Debina revealed that she has stopped taking all medicines and is currently only on two to three. "It was continuing for breastfeeding. It's been two weeks post delivery. We haven't selected a name yet. I went for a walk, slow walk just to keep my mind good. There's no need to fear the C-section," added the actress.

The actress shared in her vlog that she got her stitches removed and went for a waterproof dressing. "After 10 days I visited the hospital again and the doctor removed the dressing. Now I can see one mark of the stitch. There's no stitch mark but one line of cut mark. Mine is a bit long. The delivery was a bit complicated as they couldn't find the baby and had to cut a bit longer," she added.

Describing the type of cut she had, Debina Bonnerjee said she had a horizontal cut on her torso area. "Many times in certain situations, a vertical cut is required to get the baby. But the doctor was very calm. Thankfully, I didn't have a 'T' cut," said the 39-year-old star.

Debina Bonnerjee Explains Why She Doesn't Wear A Pelvic Belt

She went ahead with her experience and mentioned that she has not been using any pelvic support belt, adding that it only makes you slim and has no other use. "It is worn to hold the uterus. I am walking slowly. My belly is reducing slowly."

The actress posted some pictures of her belly after the birth of her baby. Debina also stated that she would resume with her workout sessions soon after six weeks of delivery completion. She expressed, "It's a process, just enjoy. Don't think your body is not good."

Furthermore, Debina Bonnerjee stated that having two children is difficult, but "every pain is worth it."