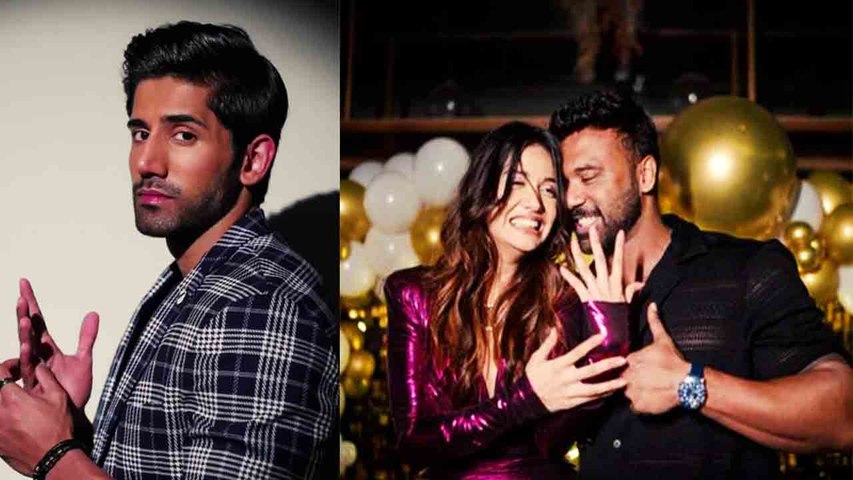 Reality star and actress Divya Agarwal announced she is engaged to her beau, businessman Apurva Padgaonkar. She shared some mushy pictures from the occasion on her Instagram page. The engagement news comes just after nine months of Divya and Varun's split and has taken everyone by shock. For the uninitiated, Divya Agarwala and Varun Sood were dating each other but parted ways earlier this year.

Divya Agarwal and Varun Sood's love story is known to many. They first met on the sets of MTV's reality show Ace of Space season 1, where they participated together as contestants. Though they both began their journey in the show as best friends, Divya and Varun developed feelings gradually. Divya was the show's winner and was seen getting possessive about Varun whenever he flirted with other co-contestants. However, during the course of the show, the two became close.

In an effort to formalise their relationship, Varun proposed to Divya on live television. Unfortunately, neither Varun nor any other person could have predicted Divya's response to his proposal. Instead of responding with a yes or now, Divya had threatened to have Varun arrested.

Slipping through memory lane, during the Ace of Space show, Varun was seen expressing his emotions for Divya. While he was head over heels in love with the actress, Divya said that she would get him arrested if he was doing this as a publicity stunt. She also warned Varun that her father would have him arrested and prevent him from seeing anyone else.

"If you're doing this for publicity stunt or impact or anything, my dad will file a case against you and make sure you're behind bars, cannot date anybody or marry anyone," she had said. However, sadly, their relationship was short-lived, and the duo broke up.

Divya announced in a note earlier this year that she and Varun had separated, which surprised her fans. Many accused Varun of cheating on her, but the actress came to his defence and bashed those who were judging his character. They still remain good friends.