Hina Khan, who is at Cannes, is making heads turn with her red carpet looks. In a recent interview, the actress opened up about regressive content on television and blamed audience for the same. She said that there are progressive shows but it doesn't work as people don't watch it.


She added that if all the channels provide progressive content then the audience won't have a choice but to watch it. But she said that to change this attitude, it might take a very long time.
Hina concluded by saying, "There have been progressive television shows, people don't want to watch it. The show doesn't work. I think that's the reason they deliver what audiences want to watch.
Probably if everyone stops and gives them new content altogether fresh content on every GEC channel, then people may not have a choice and then they will start watching progressive content, but that's a huge call to be taken. But, yeah that's the reason. Until we change the attitude, I don't think anything is going to change. It will take another 50 years I guess." 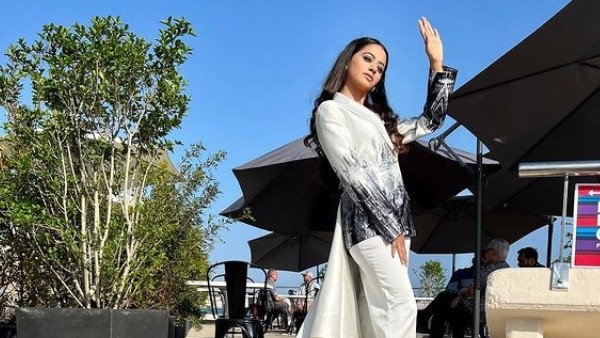 Hina made her debut in 2009 and became a household name with her first TV show Yeh Rishta Kya Kehlata Hai. The actress then broke stereotypes by doing reality shows like Khatron Ke Khiladi 8 and Bigg Boss 11. She also played a negative role in Kasautii Zindagii Kay 2 which was appreciated by the audience.