Eijaz Khan and Pavitra Punia, who had painted the town red with their romance on Bigg Boss 14, are all over the headlines this morning and rightfully so. After all, the power couple has announced their engagement on social media. Yes! Pavitra and Eijaz, fondly called as Pavijaz by their massive fan following, have finally exchanged the rings. Although the news of their engagement has been doing the rounds for a while, Pavitra's recent Instagram post flaunting her big diamond ring added fuel to the fire. And now, Eijaz has finally put the speculations to rest and confirmed the news. 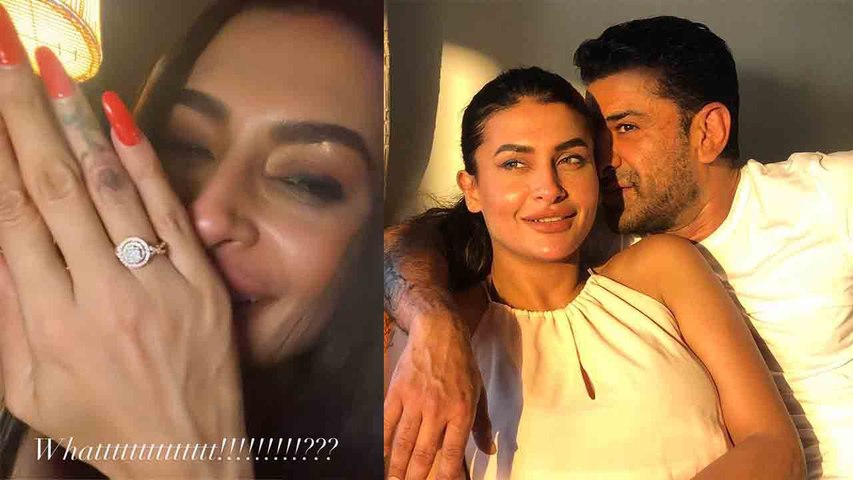 Taking to social media, the Bigg Boss 14 contestant shared pics of the special moment wherein he had popped the 'big question' to Pavitra. In the pics, Eijaz looked dapper in his black and white tie-dye shirt and was seen holding a diamond ring in his hand. On the other hand, Pavitra looked stunning in her black dress and was over the moon after Eijaz proposed her. In fact, she was seen flaunting her ring in one of the pics and her happiness was evident on her face. Sharing the post, Eijaz wrote, "Baby, if we keep waiting for the right time, It's never gonna be.

I promise you my best, Will you marry me? She said "yes". #eijazkhan #pavvitrapunia #taken #official".