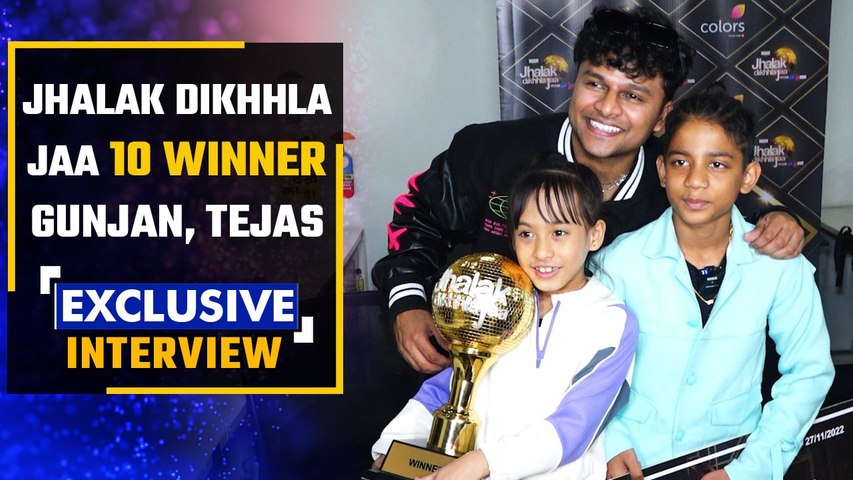 Jhalak Dikhhla Jaa 10, which was hosted by Maniesh Paul, has finally come to an end tonight. The popular dance based reality show was judged by Karan Johar, Madhuri Dixit, Nora Fatehi/Terrence Lewis and came with an impressive ensemble of contestants. And while Jhalak Dikhhla Jaa 10 has managed to win hearts with the spectacular performances by the contestants, the show has finally witnessed its grand finale tonight and got its winner. To note, Rubina Dilaik, Nishant Bhat, Faisal Shaikh, Sriti Jha, Gunjan Sinha and Gashmeer Mahajani.

It was a tough call between the six finalists, however, Nishant became the first contestant to get eliminated from the show during the grand finale. He was followed by Sriti Jha and Gashmeer Mahajani who were evicted during the double elimination. As a result, Rubina Dilaik, Gunjan Sinha and Faisal Shaikh became the top 3 finalists of the show.

As the finale performances left everyone on the edge, Gunjan Sinha managed to win Jhalak Dikhhla Jaa 10. To note, the young dancer, who was paired with Tejas Verma, has been among the top performers of the show and have given some incredible performances during their journey. On the other hand, Faisal Shaikh and Rubina Dilaik emerged as the first and second runner ups of the show respectively

Expressing her excitement about her win, Gunjan said, "What an exhilarating journey Jhalak Dikhhla Jaa 10 has been. I am taking back a box filled with beautiful memories. I thank my partner Tejas Verma and choreographer Sagar Bora, who has been the source of inspiration and strength while I danced my heart out. Big love to judges Madhuri Dixit Nene, Karan Johar and Nora Fatehi for always giving me the valuable guidance I needed to up my dance game at various stages of the season. I am grateful that our team has fulfilled the dream of winning the most epic dance battle in India".

As Gunjan Sinha has been announced as the winner of Jhalak Dikhhla Jaa 10, it is reported that she has also taken home a whopping amount of Rs 20 lakhs along with a swanky car.