This Saturday Rohit Shetty joined the judges and contestants of Jhalak Dikhhla Jaa, at their set. The episode was supposed to be a cross over between JDJ and KKK.

Tushar and Jannat had to dance on a platform that was constantly rising in mid air, courtesy of Judge Madhuri Dixit. The pair impressed the judges and the audience with their performance despite not having the time to plan it out well. 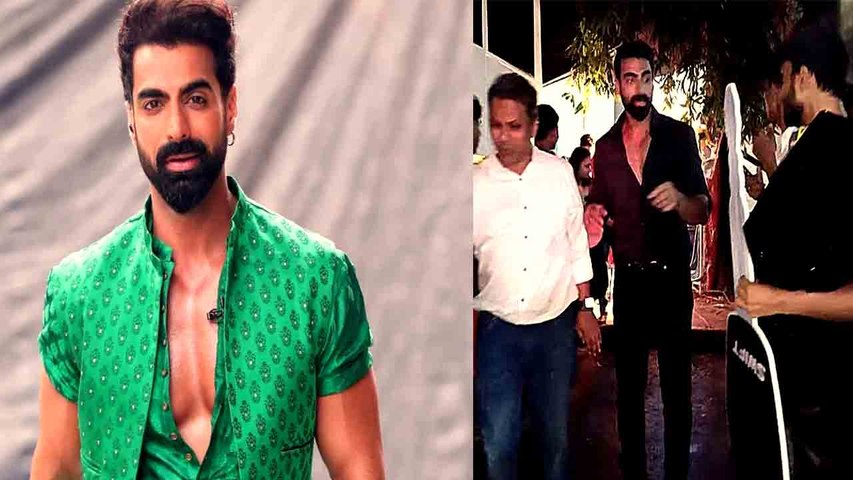 Some of the highlights were Gashmeer Mahajani and Tushar dancing together on ramps, Jannat and Faizu dancing while saving themselves from being hit by props, and Rubina doing aerial while being blindfolded. The challenges were fun to watch.

Rubina's blindfold fell off mid-performance but she didn't open her eyes until the end of the performance, and received praise for presence of mind.

Later when the KKK contestants got to their task zone, for the finale, the contestants were informed that five of them would advance to the final stage, and one contestant would face an elimination, at the end of the episode.

The first task involved a revolving panel and contestants were hanging from it. They had to collect flags attached to the panel, navigating through it, while it kept moving. The contestant finishing last was to be a given a Fear Fanda. Rubina, Mohit, and Kanika participated in the task. Kanika finished last and wore the Fear Fanda. Mohit and Rubina advanced into the top 5 and Kanika entered danger zone.

The second task was for Faizu, Tushar, and Jannat. They had to climb a coconut tree and collect coconuts. The catch was that they had to jump in the pool after collecting one coconut and climb back for the next. Water was being sprayed at them from a distance. The contestants collected four coconuts each, and Jannat finished last, and wore the Fear Fanda.

The elimination faceoff happened between Jannat and Kanika. The two of them were to walk on a narrow platform in mid-air, while holding a pole that could electrocute them anytime. Checkpoints were allowed for resting, and the flag they collect at the end could also electrocute them.