Ranveer Singh's nude photoshoot has become a hot topic of discussion on social media. Many people have been praising the actor for his guts to flaunt his body, but on the other hand, one NGO filed a complaint against the Padmaavat actor for allegedly hurting the sentiments of women. Interestingly, several celebrities have also come out in support of Ranveer, and even called him an inspiration. 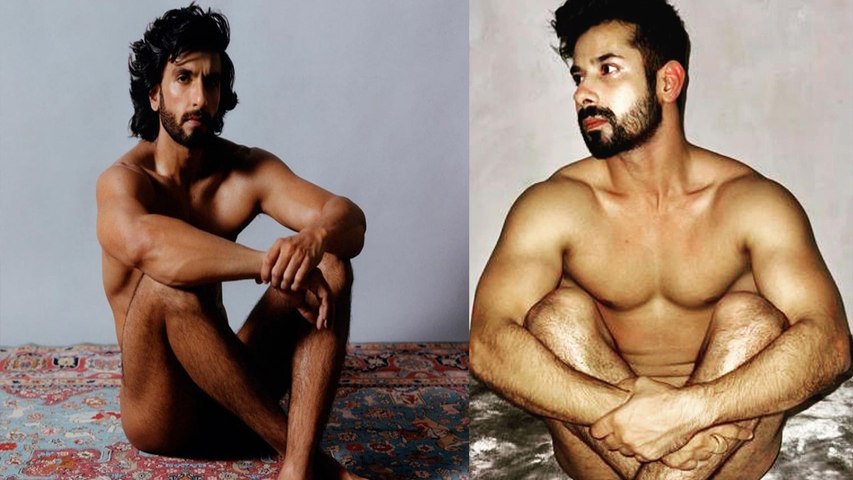 Amidst all, famous TV actor Kunal Verma recently followed Ranveer Singh and shared a nude picture of himself on his Instagram handle. He captioned the post as, "I have limited (money emoji) to spend so I chose to spend it on my body."

In the picture, Kunal can be seen flaunting her body and copying the same pose that Ranveer did in his photoshoot. Recently, in an interview with ETimes TV, the actor said, "I have worked so much on my body, why do I hide it? Body hi dikh rahi hai, aur kya? This picture was shot around when Ranveer's photos came out. And the caption means that I don't have much money and only if have, I will put it on working out. My body is my Gucci, Prada and I will flaunt it."

When asked about Ranveer Singh's photoshoot, Kunal Verma praised the actor and said that he did it beautifully. He said, "Ranveer doesn't need to do it, but he did it. You can't explain it to people. I did take inspiration from him and I didn't see any nudity behind it. I have put the picture and if you see carefully even if I wear mini or micro shorts, it would be seen like this. Isme koi buri baat nahi hai."


It has to be noted that Kunal Verma's nude picture was taken by his actress-wife Puja Banerjee in their bedroom. Talking about the actor, he acted in the TV show Tujh Sang Preet Lagai Sajna. He is a fitness freak and often shares his shirtless pictures on social media.
Comments
Read more about: kunal verma ranveer singh television bollywood puja banerjee
Story first published: Friday, August 5, 2022, 16:49 [IST]
Other articles published on Aug 5, 2022
Featured Posts